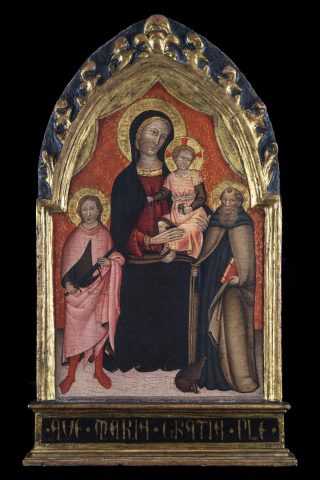 Florence, active at the end of the 14th century and the beginning of the 15th century

The center of the composition of this small ancona made for domestic devotion is occupied by the Madonna seated on the throne with the Child, and the two saints next to her, according to a strict archaic hierarchy, are depicted in a smaller size. On her right, Saint Julian is recognizable by his sword and mantle and, on her left, Saint Anthony Abbot is being meekly observed by his wild companion at his feet. On the background, a red draped curtain, embellished with golden floral designs.

The saints’ slender figures, the large brimmed draping with sharp endings, certainly recall the late Florentine Gothic style, when it was close to its decline. Among the many known artists of the time, this work, as kindly suggested by Angelo Tartuferi, whom we thank, seems to be attributable to a painter close to the Maestro from Carmigniano, who was only recently identified by Federica Fiorillo.

Notably, thanks to the corpus created in that occasion around some fragmentary frescoes of the late fourteenth century, kept in the church of San Michele in the Tuscan town, it was possible for Everet Fahy and Andrea De Marchi to determine a distinct personality, to which our panel is closely related. This artist, who was eventually named Pseudo-Maestro from Carmignano, although close to the painter behind the frescoes found in Carmigniano, likely influenced Agnolo Gaddi, distinguishes himself with more rustic strokes, showing similarities with Cenni di Francesco di Ser Cenni.

Thanks to Fiorillo’s reconstruction, some slightly different works were identified, such as The Madonna in Glory with the Child and two saints, in Milan, Gualtiero Schubert, a small panel that shows interesting affinities in the morphology of the faces with the painting in question. 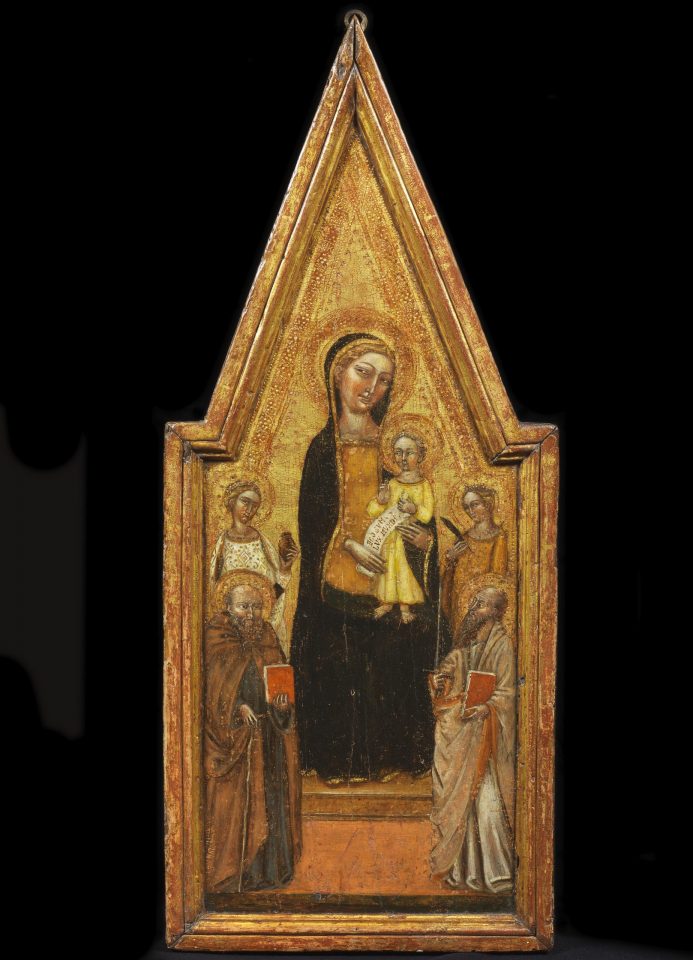 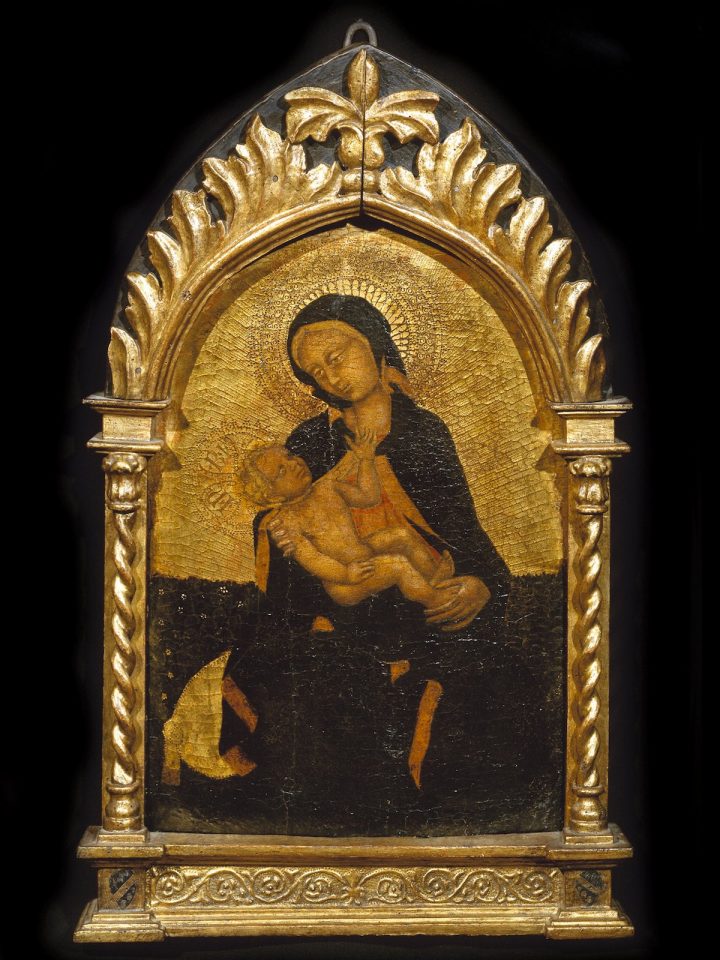 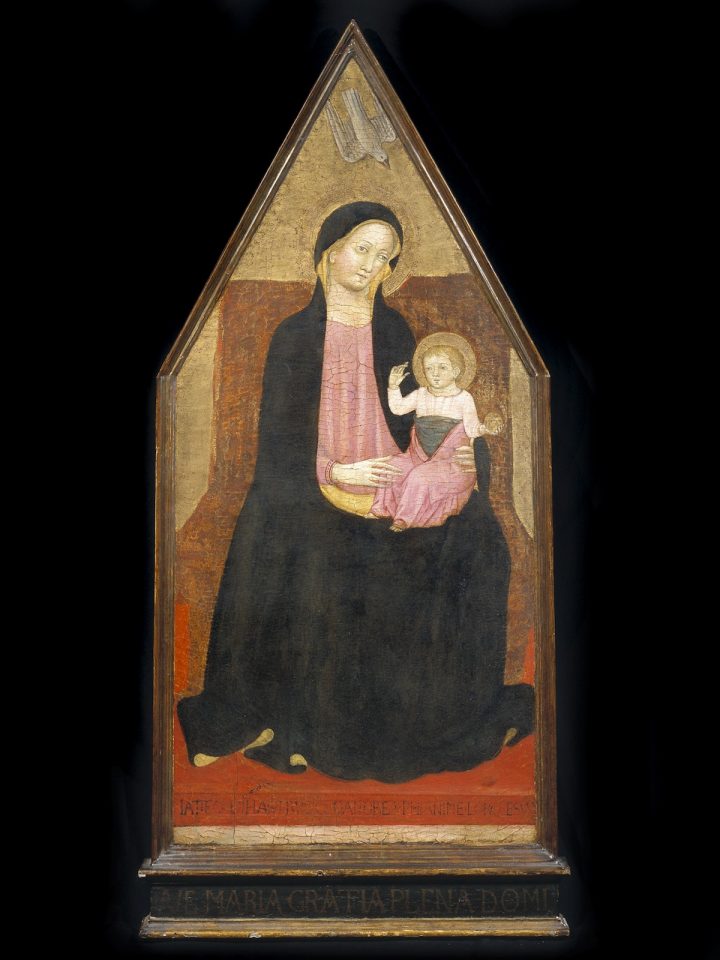 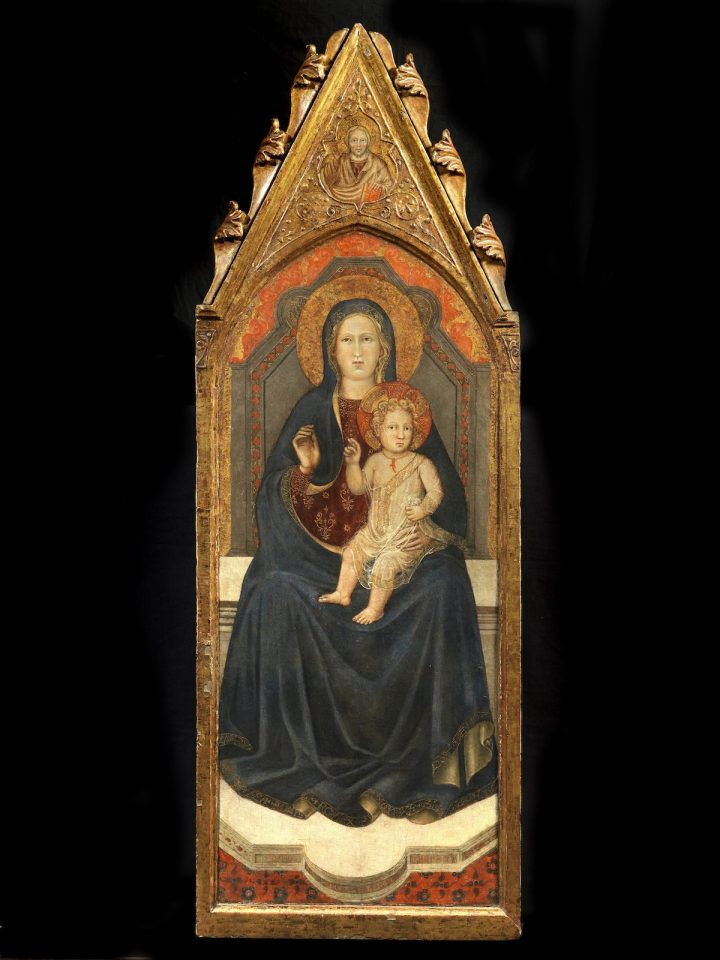