View of a Roman forum at twilight 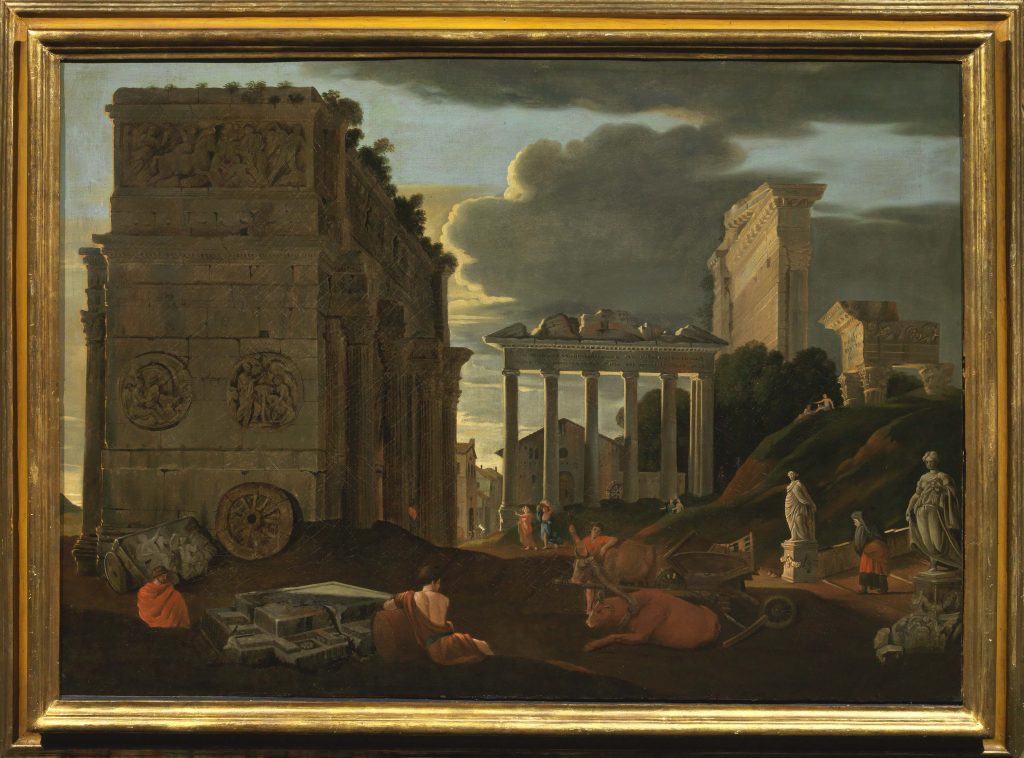 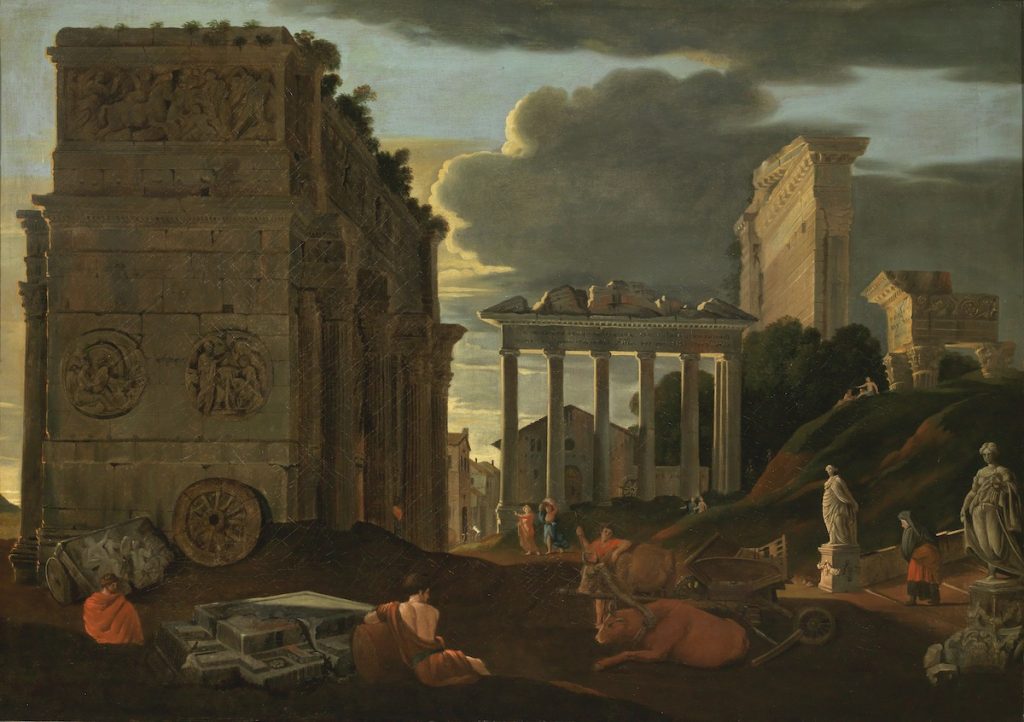 View of a Roman forum at twilight

In the Seventeenth century Rome was an incredible crossroads of artists and styles, a city where the greater part of the leading painters of the time lived or sojourned for longer or shorter periods. In that city the colonies of foreign artists who flocked to the city from every corner of Europe played a very significant role, and among them the French milieu was definitely the most important one; it vaunted first-rate personalities as Simon Vouet, Claude Lorrain and Nicolas Poussin. The latter, champion of Seventeenth-century classicism and model for the artists of his country until the late Eighteenth century, was a close associate of the younger Jean Lemaire in Rome. Both of them had arrived in the city in the early years of the papacy of Urban VIII, around 1624, and they lived together in the city under the aegis of the same patrons, among which we may mention Cassiano del Pozzo, curator of the famous Museo Cartaceo, and the powerful Barberini family, which launched the great Baroque season precisely in those years, with Bernini and Pietro da Cortona.

The painting presented here, which features a fascinating twilight among the impressive ruins of antique Rome, has been dated to the first half of the Thirties by Dell’Arco, stressing the “sky worthy of Poussin and Claude Lorrain”.

Another autographed version is found in the Devonshire collection at Chatsworth, English.