The Assunta and Angels 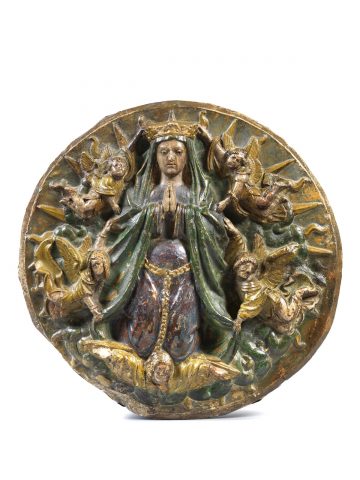 THE ASSUNTA AND ANGELS

The Virgin in prayer, depicted in this tondo, is assumed into Heaven by angels, who are holding her cape and crown. Pointed and flaming rays surround the figures, referencing the Marian symbolism from the Song of Songs (“electa ut sol”). There is still a rather Gothic taste to Mary’s vest, from whose hips a metal waist belt hangs. This stylistic characterization leads us to believe that the artwork was made after the second half of the 15th century, probably in France.

France, second half of the 15th century