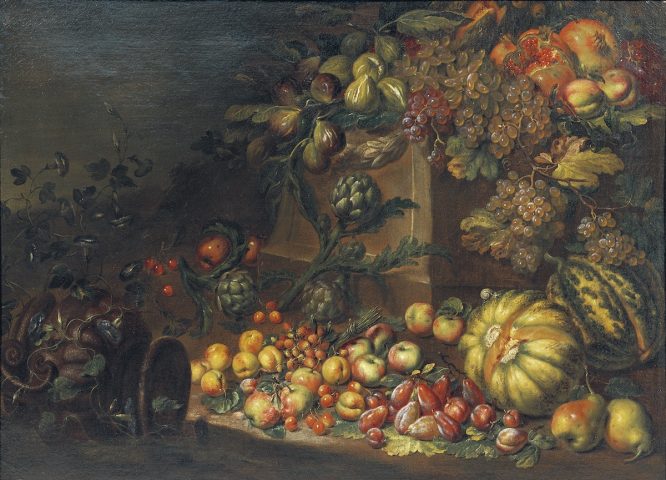 Already presented with a vague reference to an Italian master working in Rome in the 17th century, this vivacious still life, painted with extraordinary mastery, has been identified as the work of Giovanni Stanchi – the so-called “hand A” in the difficult reconstruction of the Roman workshop of the Stanchi family – by Mina Gregori. The expert has dated the work approximately to the third decade of the Seventeenth century, due to the “intense naturalism” and “details revealing a realism inspired directly by Caravaggio”, as, in particular, the two splendid pears at the bottom right whose skin “varies in hue” and “reveals imperfections and attacks by worms”.

The artistic language of the Stanchi family, and in particular of Giovanni, the oldest and probably the head of the workshop, here appears in all its characteristic elements: the open melons, the branch of climbing morning-glory, the artichokes, the fruit baskets, and the glimpse of the landscape in the background.