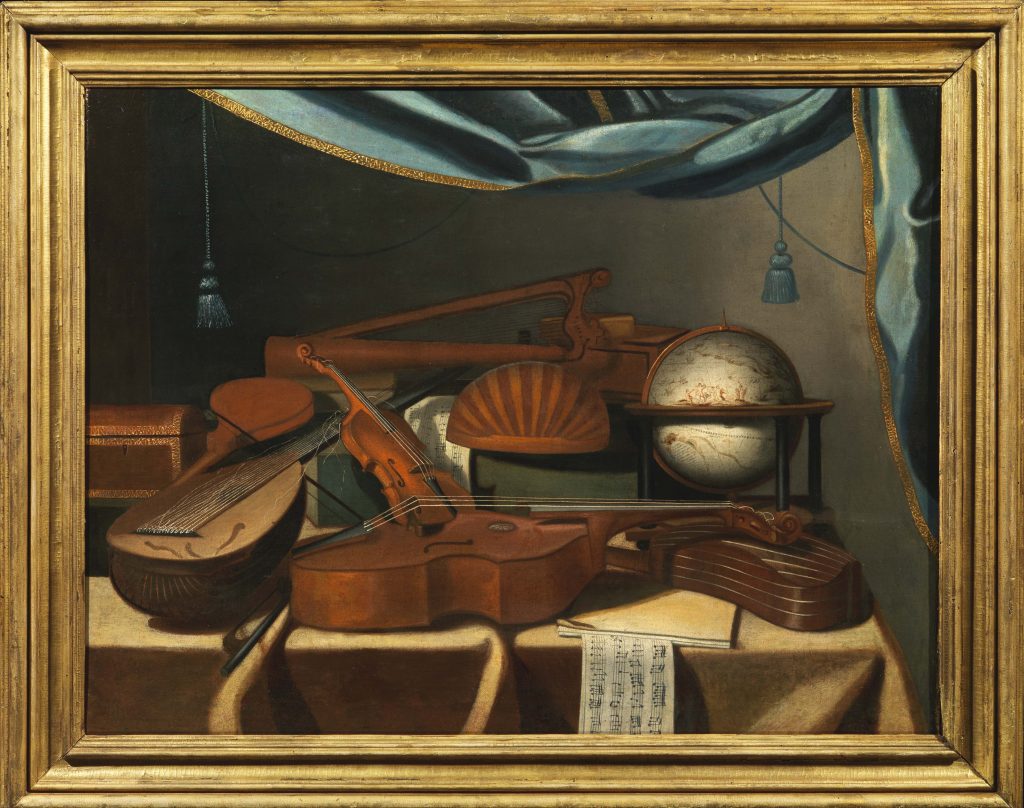 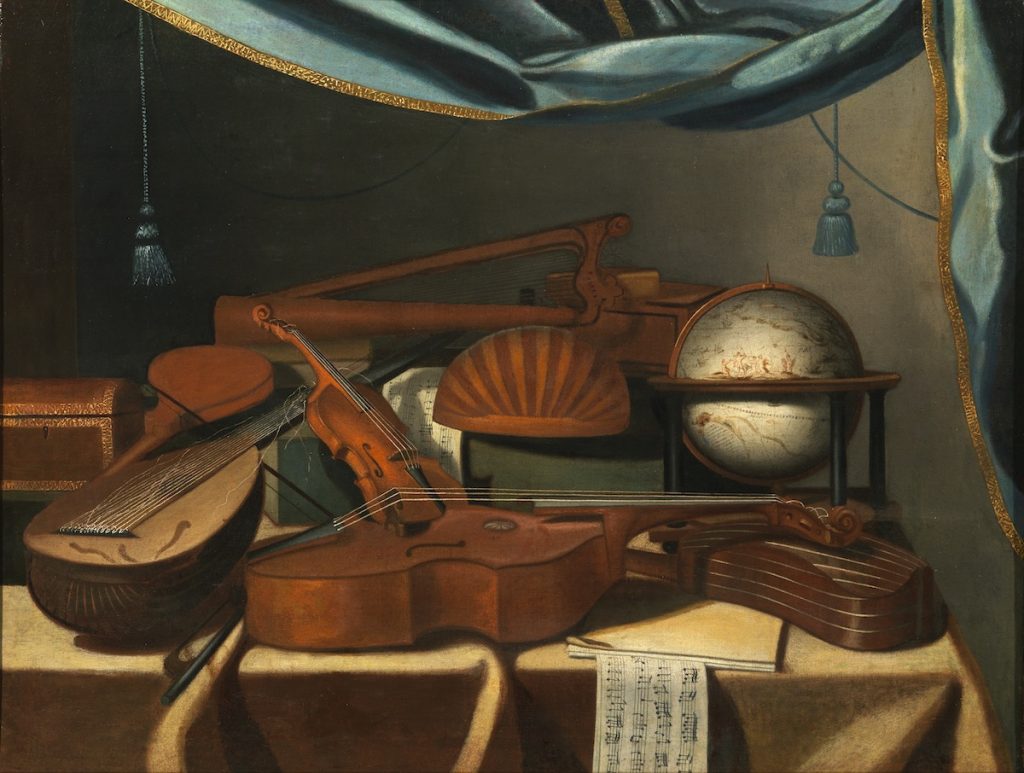 This painting has been published with the correct attribution to the younger Bettera a number of times and depicts the usual scene of musical instruments framed by sumptuous drapes to which a globe has been added on the right, an object often included in paintings also by Bonaventura’s father, Bartolomeo (1639-1699). The canvas has many of the characteristics of works done by this family of painters from Bergamo who was specialized in this type of painting in the style of Evaristo Baschenis. It was the extraordinary fame of the master violinmakers of nearby Cremona that was of particular importance to this peculiar offshoot of Italian still lives.

There are only two known, signed paintings by Bonaventura Bettera, though a small group of additional works has now been attributed to him. The first of these was originally in the Passi Palace in Bergamo (now in a private collection in La Spezia) and is dated 1718. The second, originally painted for Palazzo Greppi in Milan, is now in a private collection in Bergamo. Another pair of canvases by the same artist was recently offered on the Art market. One of these had the same globe which we see in our painting. Marco Rosci contributed to making Bettera’s work better known through two articles (1971 and 1985) in which he pointed out that one can discern in Bettera’s work the transition toward “18th century decorative taste” characterized by “a decisive inclination to render the chromatic tones lighter and colder” when compared to the paintings of Bettera’s father whose style was more analytical.