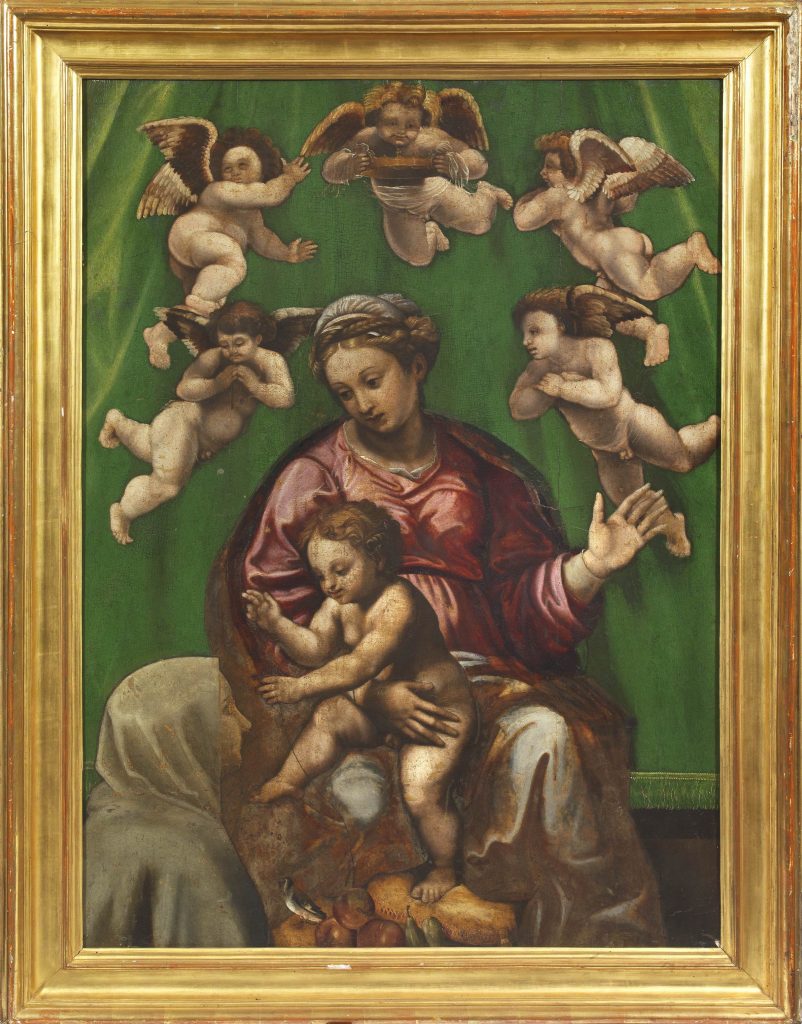 The panel depicts the Madonna with Child, seated on a throne which we cannot see, silhouetted against an intense green drape of honour. Above her, fly angels in prayer while at the summit of the composition another angel places the crown on her head. On her knees, the infant Jesus is shown in a three-quarter view, while holding a string with a goldfinch tied to it. The bird is resting on the hand of the half-bust figure appearing from the depths of the left margin. It is a woman, dressed as a nun, and she is offering fruit to the infant, while he benevolently blesses her. This is quite probably Saint Dorothy, whose iconographic attribute is a basket of fruit and flowers, as in this case. Usually the martyr of Cesarea is dressed in ancient garb, but as there is also a monastic order devoted to her, it is possible to find her represented as a nun, such as in this case .

The central group descends from the ‘Madonna della Gatta’ of Capodimonte in Naples, a composition by Raffaello largely painted by Giulio Romano. This detail and other stylistic comparisons have led Alessandro Nesi to attribute the work to Giovan Francesco Penni, an elusive pupil of Raffaello who collaborated on the later works of the artist’s careeer.