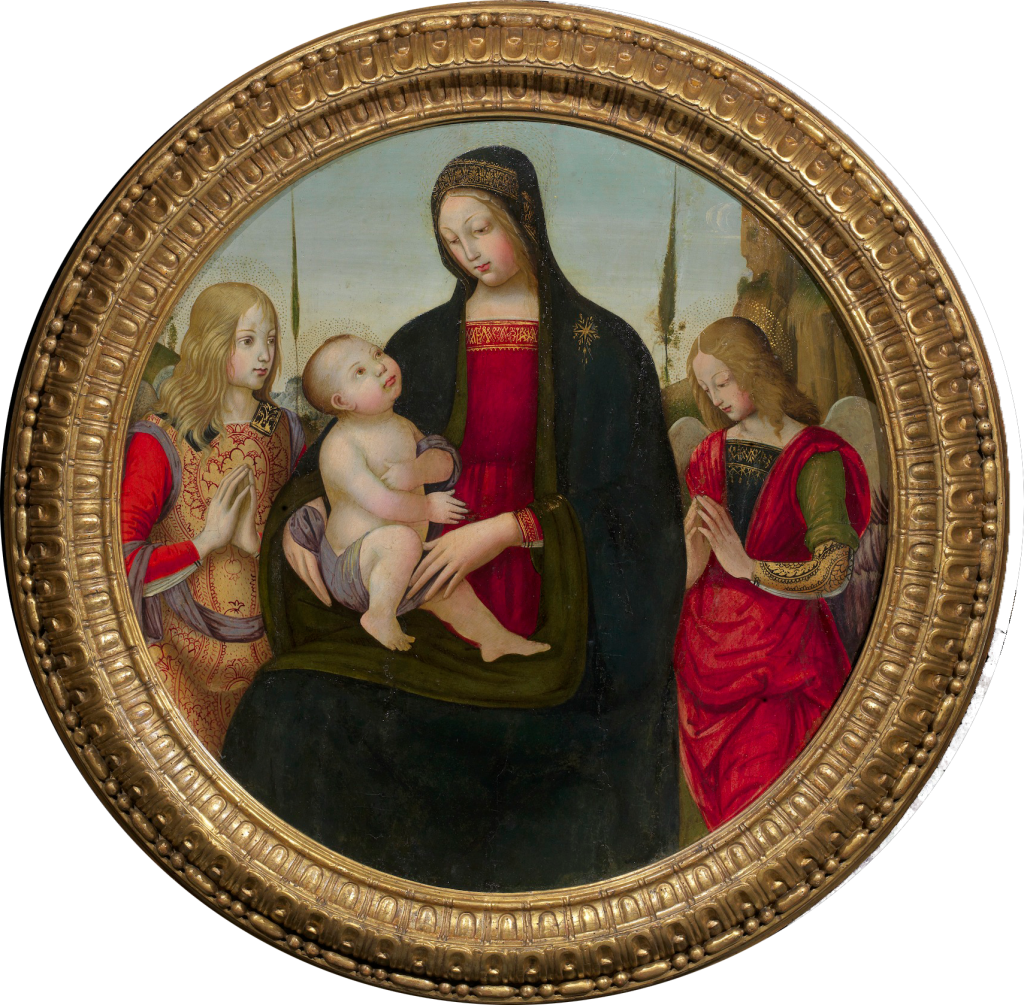 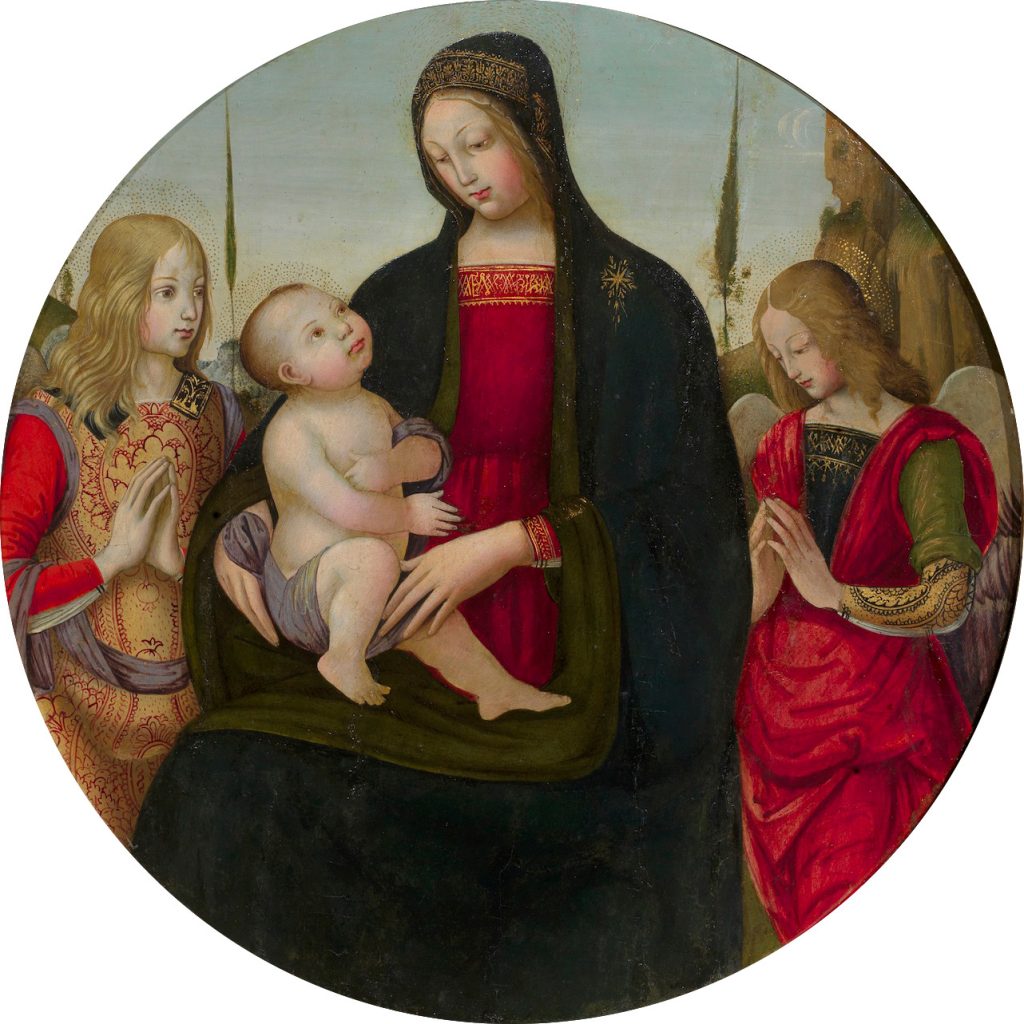 MASTER OF THE GREENVILLE TONDO

The very beautiful tondo ‘Madonna with Child and Angels’ is in an almost perfect state of preservation and is a typical work of the Master of the Greenville tondo. This painter was created by Federico Zeri, on the basis of a work similar to this one preserved in Greenville at Bob Jones University. After the great connoisseur, it was Everett Fahy who studied the artist and synthesized his catalog by combining more than thirty works.

He was certainly a follower of Perugino, who worked alongside the master at the end of the fifteenth century and in the following decades, replicating Pietro Vannucci’s successful compositions and formulas. The grandiose ‘Madonna and Jesus’ seated on her thigh descend from compositions of the great Umbrian painter, as do the angels and the landscape, with the two stupendous threadlike trees.

The Master of the Greenville Tondo is close to Perugino when the master was in his Florentine phase, the artist’s highest and most prolific, between 1490 and the first years of the sixteenth century, before the arrival of Raphael. He was probably a Florentine painter who worked in the workshop of Vannucci, because his only work still in its original context is the altarpiece of the church of Santa Cristina a Pancole, in the town of Greve in Chianti, and because his early phase is recognized in collaboration with the Master of Stratonice, known to be the Lucchese Michele Ciampanti.

The tondo is a work among the most typical of the painter and replicates a composition used other times with extreme success and can be dated to the early years of the sixteenth century.