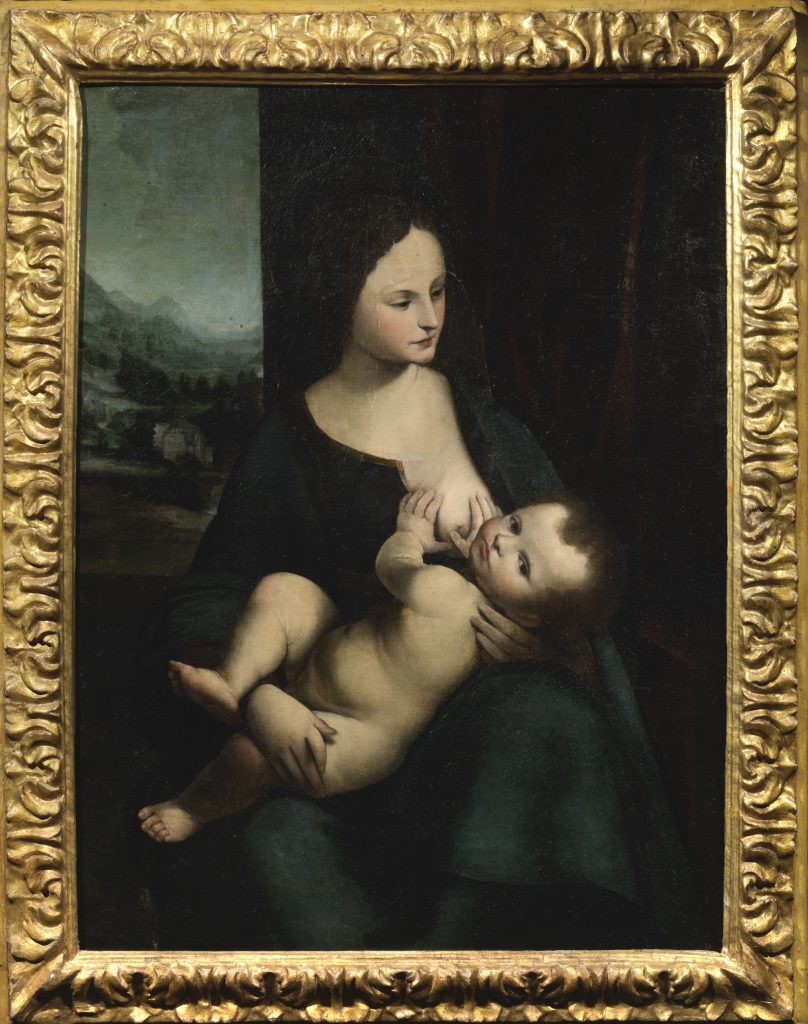 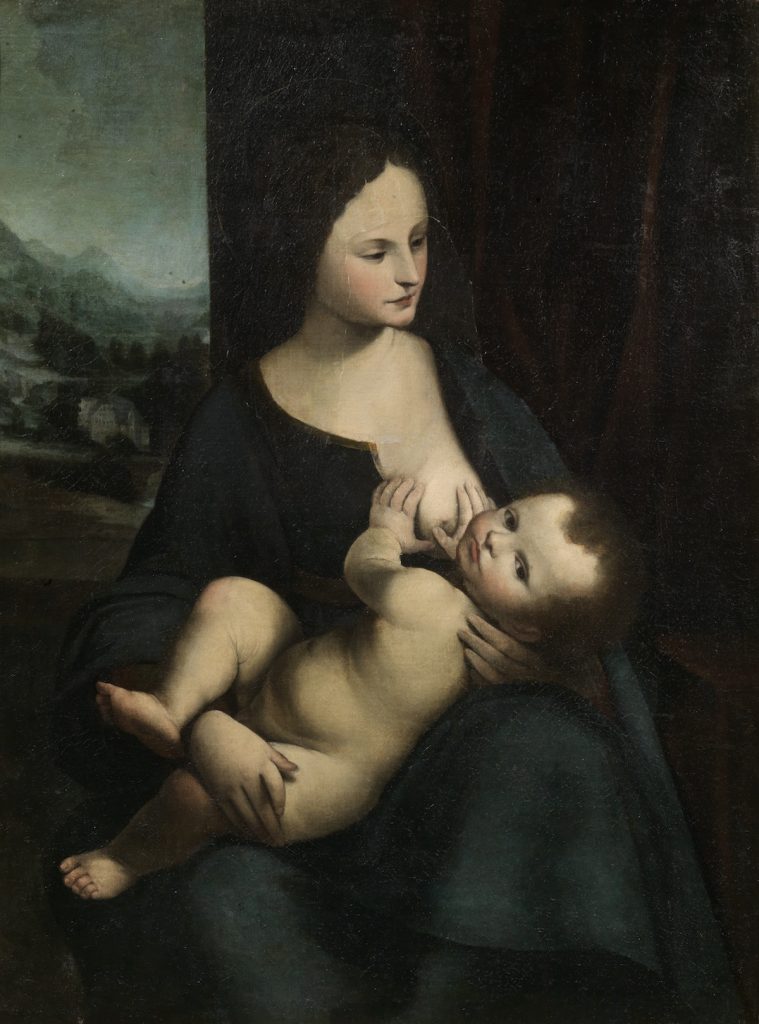 As reconstructed by Mattia Vinco, this painting, characterized by an evident Leonardesque imprinting, witnessed both by the characteristic sfumato and the composition, is modelled very freely on a prototype that is closely linked to the master: it is a matter of the ‘Madonna with Child’ at the National Gallery of London, which is still attributed to an anonymous follower – contemporary or slightly posterior – of Leonardo. In his essay on the painting Vinco suggests that with regard to the work in question, it is a matter of the “only testimonial of the fortune in the late Sixteenth century of a lost Leonardesque model, which may have been a painting but more probably a drawing”, and which is known by virtue of the aforementioned English specimen and another work inspired by it with slight variations, known thanks to a photographic reproduction included in the Zeri archive (item 31916, inventory 79663).

As pointed out by the scholar, beyond the clearly Leonardesque manner, the painting must be placed in a context “in light of the substantial stylistic differences from its models”: the features of both Madonna and Child appear quite changed as compared to the older works, while the landscape features, “in the architectural style of the buildings, an influence of late-Sixteenth century Nordic matrix”. Vinco also observes that the stool to the lower right, below the curtain, witnesses “the desire on the part of the painter to recreate a small interior corner in that part of the work, something which is not to be found in the works of Lombard Leonardesque painters”.