Holy Family with a martyr Saint 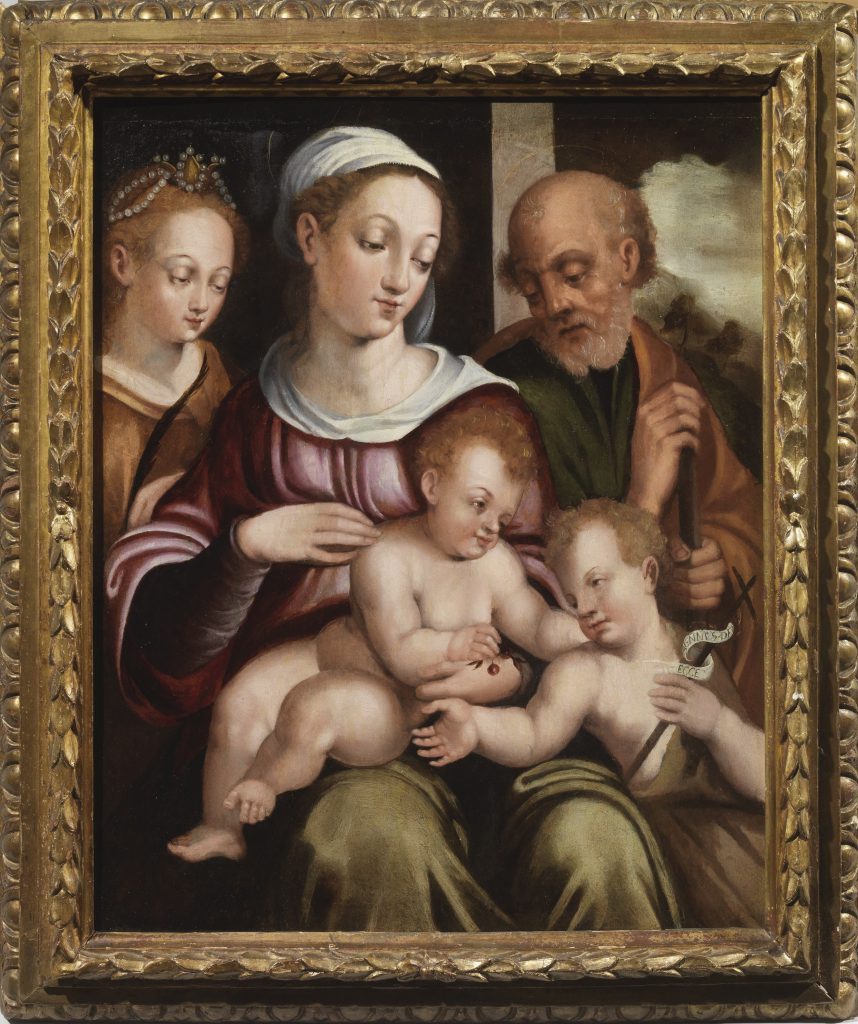 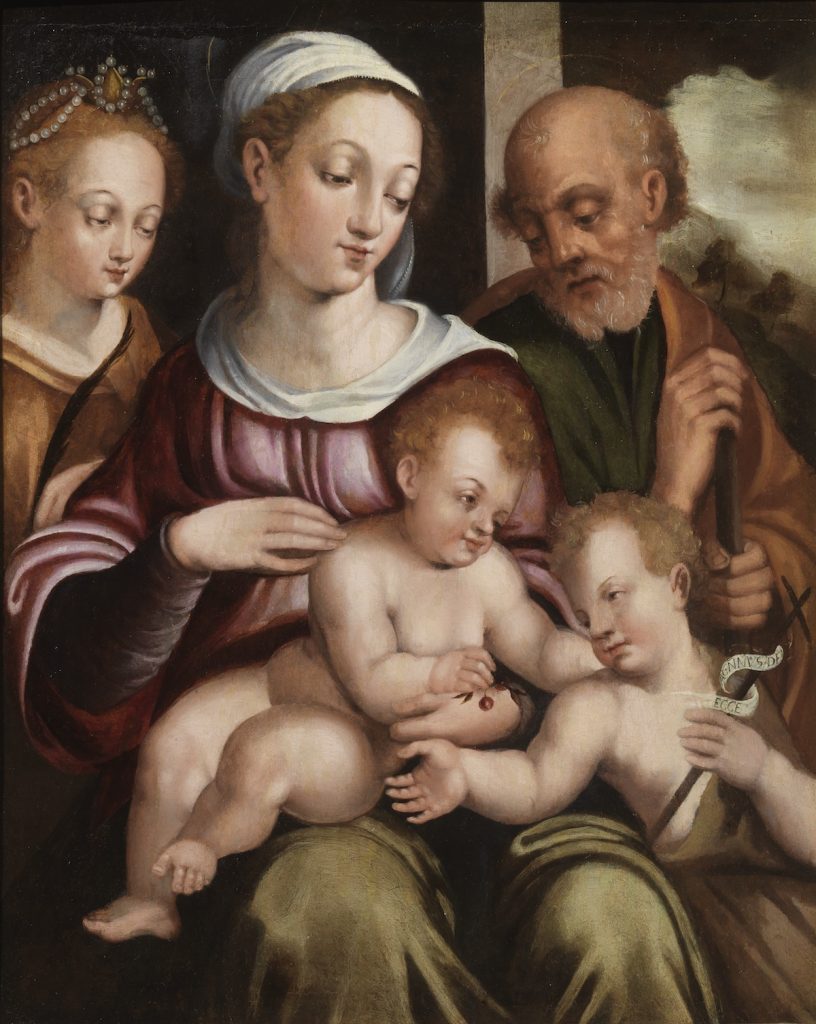 Imola, during the second half of the 16th century

Holy Family with a martyr Saint

The prototype of this composition, known in various versions with slight variations, was identified some years ago by Anna Tambini. It is a matter of an invention by Innocenzo Francucci da Imola (1490 c.-1550 c.) – an important Raphaelesque painter who chiefly worked in his native Romagna but who also had spent periods in Florence – which is known in a number of versions, among which  the ‘Madonna with Child and the saints Infant St. John, Francis and Clare’ at the Pinacoteca Nazionale of Bologna, which may be dated to the third or fourth decade of the Sixteenth century.

The three works which have been linked by the scholar, and which like the present work are characterized by being arranged mirrorwise with respect to Innocenzo’s prototype as well as by a “more personal interpretation” and the “atmosphere of family life”, all show Christ giving the Infant St. John a cherry. Anna Tambini has hypothetically suggested that two of these paintings, of which composition is inspired by Francucci’s work, may be attributed to Vincenzo d’Onofrio da Imola, a mysterious painter who has been indicated as the author of one of these works, and for which the scholar has suggested a documentary identification.

Alessandro Nesi – author of a study about the painting – has confirmed the oral attribution given by the researcher linking this panel to the so-called group ‘Vincenzo d’Onofrio da Imola’ already suggested by Tambini. According to Nesi, however, the works belonging to this ‘corpus’ show some stylistic differences. With regard to our work, the critic highlights the coexistence of “pleasantly popular” types with elegant manners, as in the saint on the left, with her “head adorned with precious pearls and her face with aristocratic and subtle features”.