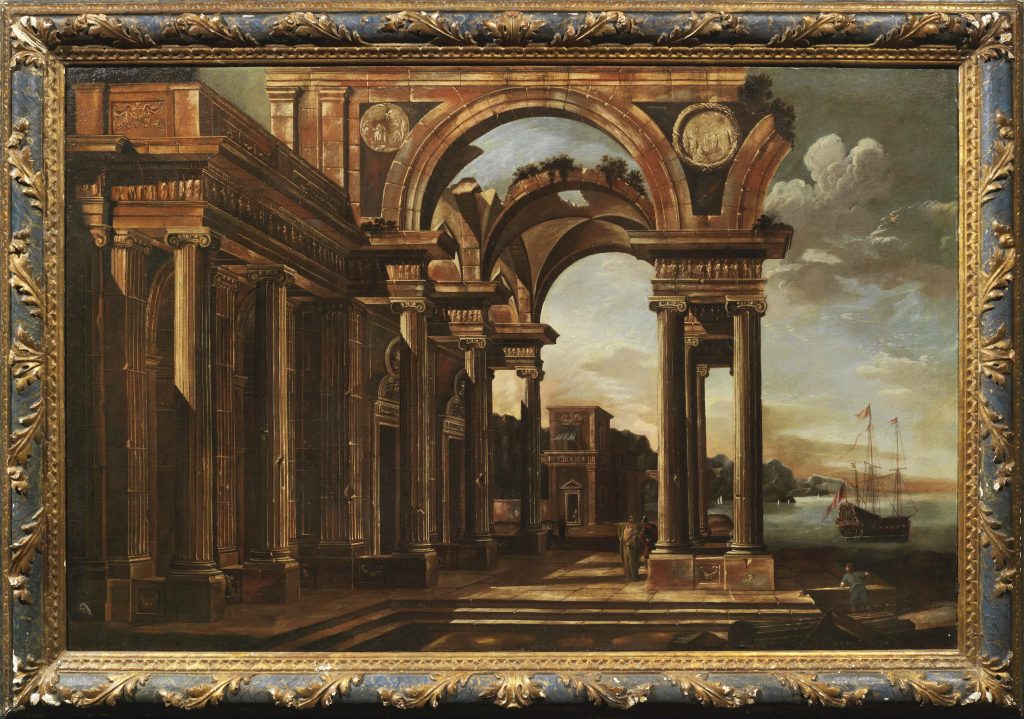 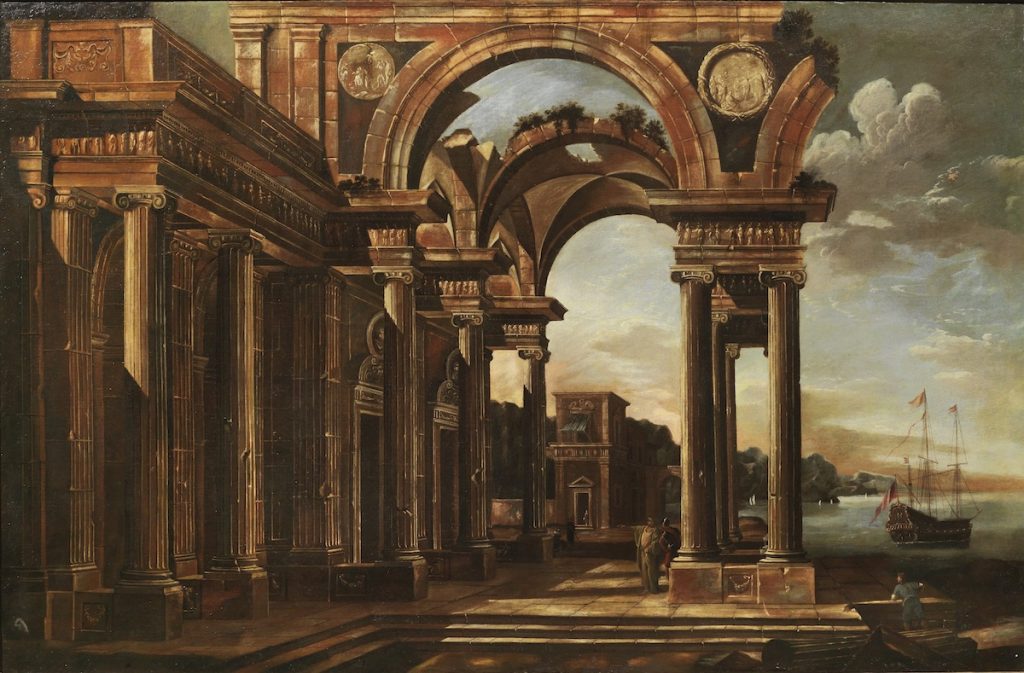 A suggestive perspective of classical architectural ruins, partially ruined, dominates the scene in this imposing capriccio. The structures sit on the side of a bay and provide just a glimpse of a large, moored warship.

Giancarlo Sestieri identified Niccolò Codazzi as the author of this architectural capriccio as he specialized in this type of vista with classical buildings. Niccolò, about whom we know very little, was the son of the better-known painter Viviano. In fact the few things we know about his life are that sometime after the death of his father in 1670 he traveled to Paris where he sojourned between 1681 and 1682 and that beginning in 1688 he had moved to Genoa where he worked alongside local painters such as Gregorio de Ferrari and Piola.

As Sestieri indicated, in our painting Niccolò closely followed in the footsteps of his father; this is clear when one examines a similar capriccio of architectural elements by the sea signed by Codazzi senior in a private collection in Brescia. The closeness in style to Viviano’s work lead Sestieri to date our capriccio to the early years of Niccolò’s activity, “slightly before or slightly after the death of his fa- ther”, as it echo’s the “fervid imagination” and “rigorous perspective objectification”. Among other possible comparisons we should particularly note Capriccio with an Arc de Triomphe in a private collection in Fiorenzuola d’Arda, particularly similar in the rendering and chromatic tonality of the structures which are illuminated as in our canvas by a suggestive low-ceilinged light.