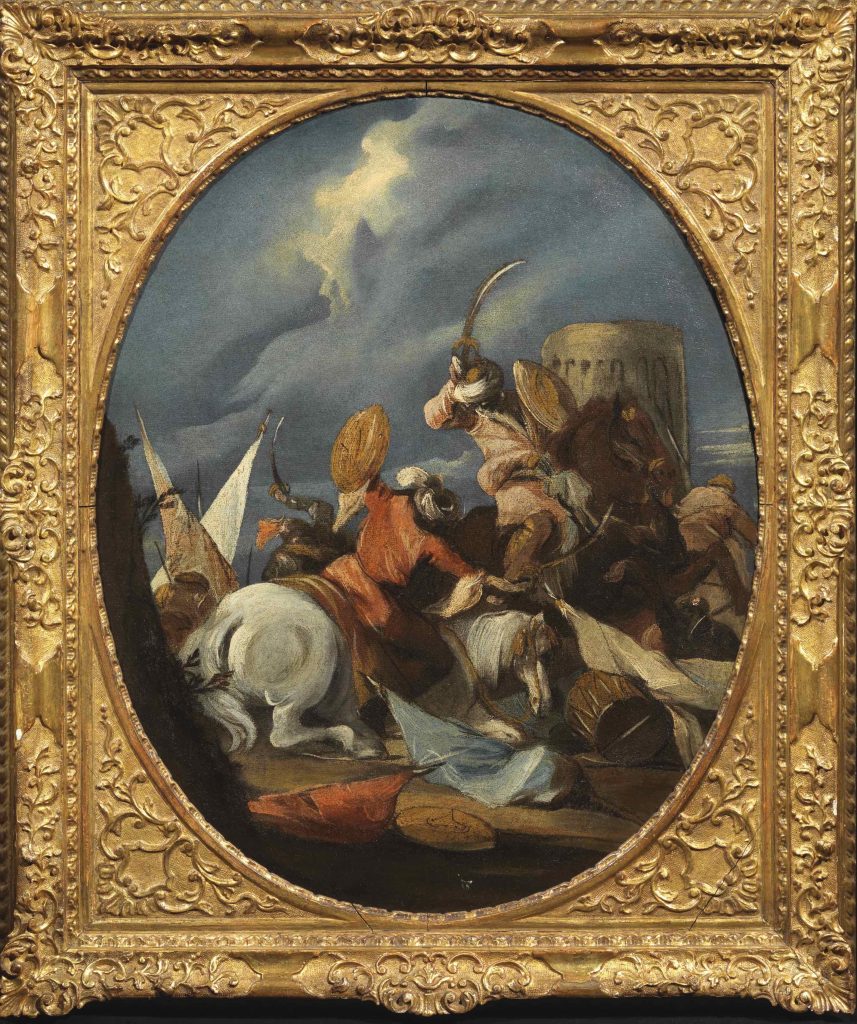 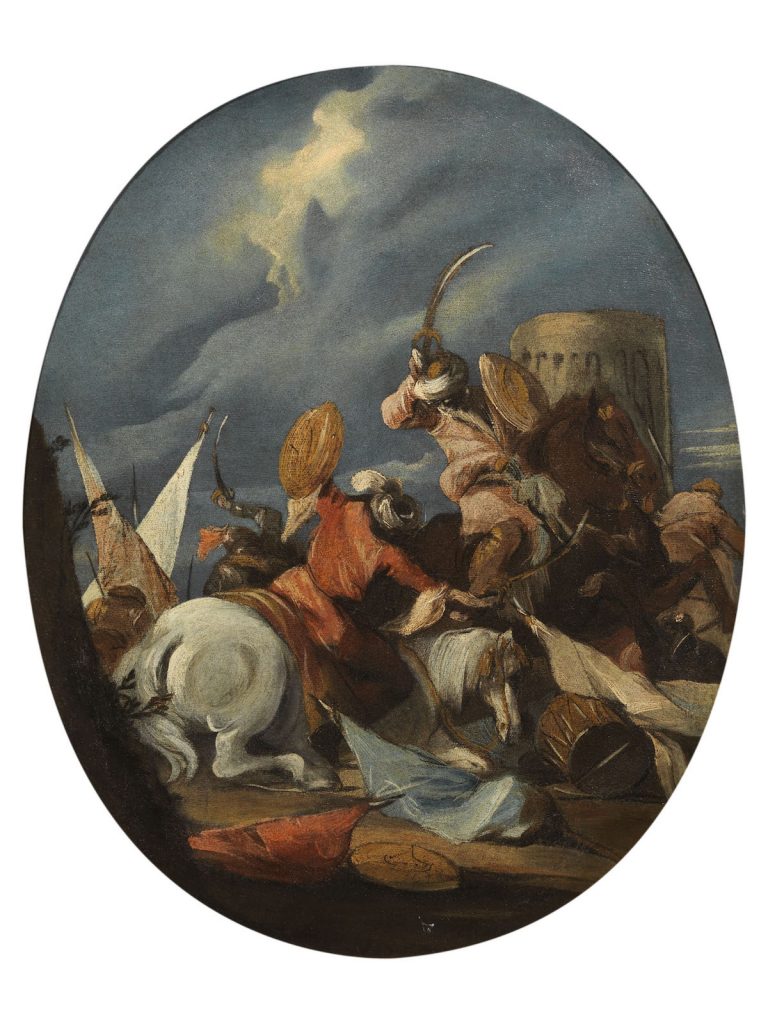 This oval painting was published for the first time in 1964 by the renowned art historian and collector Egidio Martini, who included it in his monumental work on Venetian painting. It was then part of the Broglio collection. The scholar defined the work a “stupendous and very rare” example of the art of Francesco Guardi, a painter who is above all remembered as a landscapist but who, “as we know […] not only dedicated himself to landscapes and figures, but also to other genres”. Martini continued by distinguishing his proposal “rendered with clearly defined brushstrokes and with the brilliant and bright colours typical of Francesco” from other battles attributed to the same artist, which according to the scholar were, on the contrary, the work of his older brother Antonio.

The canvas, characterized by a very vivacious and graceful palette, features a violent clash between two Turkish horsemen armed with scimitars. There are weapons and banners lying on the ground, while other fighters are visible in the background, along with a large tower embellished by corbels, which is offset on the opposite side by a fascinating invention, i.e. two crossed banners. A closer observation of the dynamic composition, based on diagonal lines, reveals many points in common with a painting which Morassi retraced to the artist’s older brother Antonio, and which was previously part of the Crespi collection in Milan.

The painting comes from the prestigious Venetian collection of Evelina Levi Broglio, glamorous international socialite until her recent death in 2007.