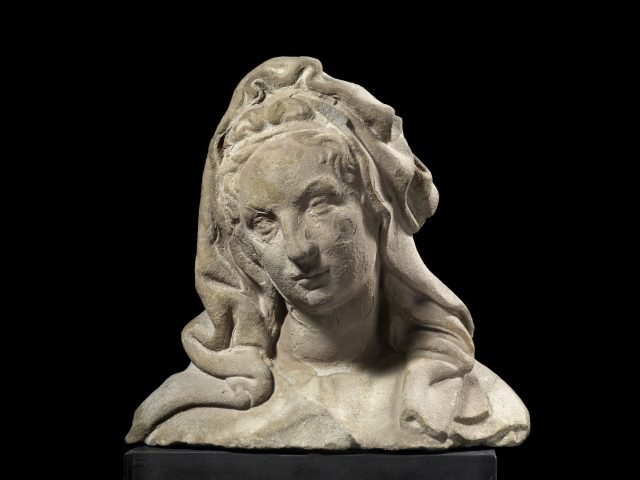 In the third decade of the fifteenth century, Siena-based sculptor Jacopo della Quercia left one of his most important creation to the city of Bologna: the decoration of the Porta Magna of San Petronius’s Basilica. The work consists of various reliefs, such as the stories of the Genesis in the architrave, and of three all-round statues in the lunette, with Saint Ambrose and Saint Petronius standing next to the Madonna with Child in the center.

The portal had been greatly admired ever since its creation, and was studied by Michelangelo, among others, who found in Della Quercia’s vigorous plasticity a great source of inspiration.

The sandstone bust presented here, made in an undefined date but most likely during the nineteenth century, when the figure of the artist was met with reawaken interest, reproduces with great fidelity the work of the sculptor from Siena.

Restored in 2002 by the Cabinet for research and scientific and artistic restorations Grras, in Ferrara.