Still life with fruit, vegetables, draperies and pillar base 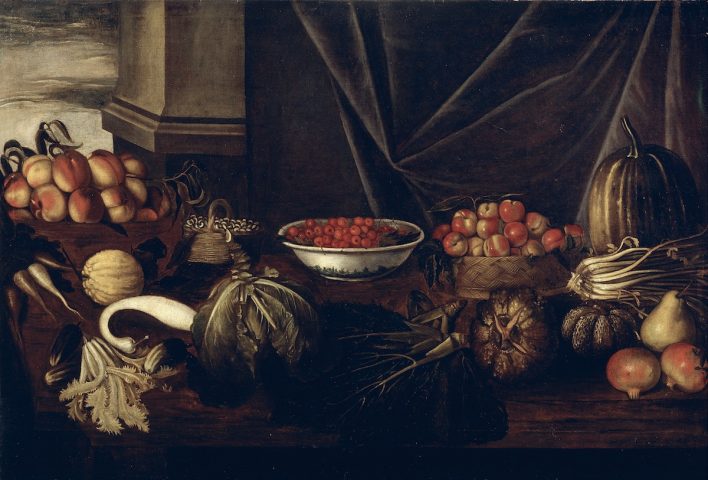 EMILIAN MASTER FROM THE 17TH CENTURY

Still life with fruit, vegetables, draperies and pillar base

This large painting with a great quantity of fruit and vegetables on a wooden table is part of the scenario, still rich in personalities awaiting discovery and nodes to disentangle, of the Italian Seventeenth-century still life. The composition of the objects reminds of images of still lifes from the late Sixteenth and early Seventeenth century, inspired by symmetry and clarity of exposition, but the curtain in the background and the glimpse of sky visible on the other side, behind the pillar, clearly show that the work was painted after the middle of the century. Some consonances – the choice of fruits and vegetables depicted, the markedly horizontal format, the glimpse of a landscape in the background – may be identified between this still life and the work of Pier Francesco Cittadini (Milan 1613/16 – Bologna 1681), a painter from Milan who moved to Bologna in his youth, where he specialized in portraits and still lives. This allows us to retrace this pleasant work to his circle, and to Emilian Seventeenth-century painting more in general.