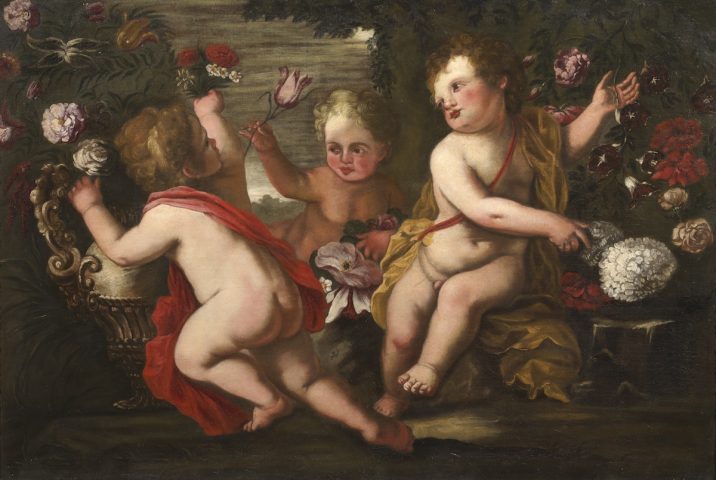 This decorative pair of paintings, attributed to Domenico Piola by Giancarlo Sestieri, features two groups of playful putti surrounded by fruits and flowers. The custom – introduced in the Sixteenth century with paintings of realistic views of slaughterhouses and fruit sellers at work – of combining the two genres of human figure and still lives in the same painting, was particularly in vogue during the second half of the Seventeenth century, when different artists specialized in the different genres sometimes worked on the same painting. As aptly observed by Sestieri, the palette used in the two paintings is typically Genoese, as witnessed by the putti who owe their florid complexion to the prolific visit of Pieter Paul Rubens and his follower Antoon van Dyck in Liguria. The expert suggests, for the two canvases, an identification of the motif as allegories of the seasons. The one with flowers may in fact be identified with spring, while, according to a consolidated custom, the putti who are enjoying wine, surrounded by juicy grape clusters, may be an image of autumn.