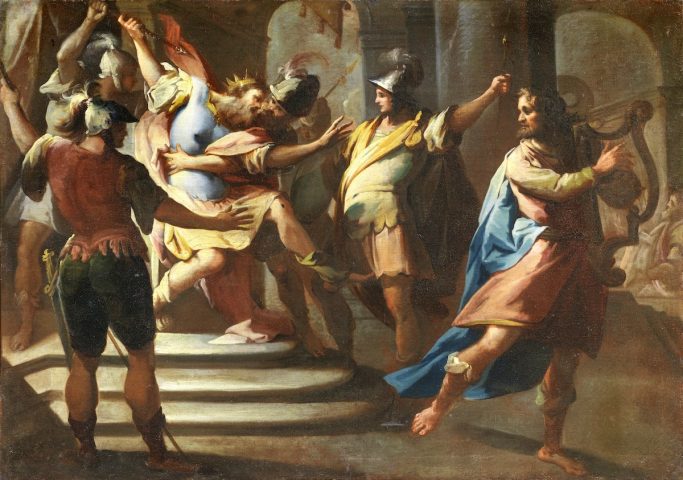 Based on the story story of David told in the Old Testament (1 Samuel 18-19), these two canvases narrate, with extreme spontaneity and candor, episodes of the conflictual relationship between the biblical hero and King Saul. The more well-known and recognizable episode is the one in which the jealous sovereign throws a spear at young David, a theme also approached by Guercino in a painting that is now at Palazzo Barberini’s Galleria Nazionale d’Arte Antica; on the other hand, the subject of the second canvas is more uncertain, probably based on the subsequent escape of David – recognizable in the first painting by the zither and in the second one by the big sword previously taken from Goliath – from the royal palace.

The painter behind the vibrant chromaticism and the cursive and effortless style of these two depictions based on the Old Testament is one of the protagonists of the eighteenth century in Florence, Francesco Conti. The artist, supported for his entire life by the sumptuously rich marquis Riccardi, began his training with an old local glory, Simone Pignoni, and later finished his studies in Rome, between 1699 and 1705. Once back in Florence, the artist worked on paintings of great importance for local churches, such as the Crucifixion (1709), now in San Lorenzo, and the Adoration of the Magi (1715) for the Monastero Nuovo, now in Montedomini; he would even eventually receive significant commissions by Anna Maria Luisa de’ Medici, the Electress of the Palatine, sister of the Grand Duke, such as the The washing of the feet (1729), for the Villa la Quiete. In his later years, he dedicated most of his activity to teaching at the Uffizi’s Pubblica Scuola del Disegno, an institution connected to the Galleries of the gran-ducal works.

Within the stylistic path of the Florentine painter, an arc that starts with the austerity of the first works influenced by Trevisani at the beginning of the eighteenth century and ends with the Rococo evanescence of the fourth decade, these two canvases, with an original subject for the artist, were probably made during an intermediate stage, around 1720. However, unique tangents can also be found with the earlier Holy Family with Saints John the Baptist, Elizabeth and Zechariah, still unedited (antiques market), which shows similar solutions, particularly in the architecture of the background, with the characteristic circular staircase. 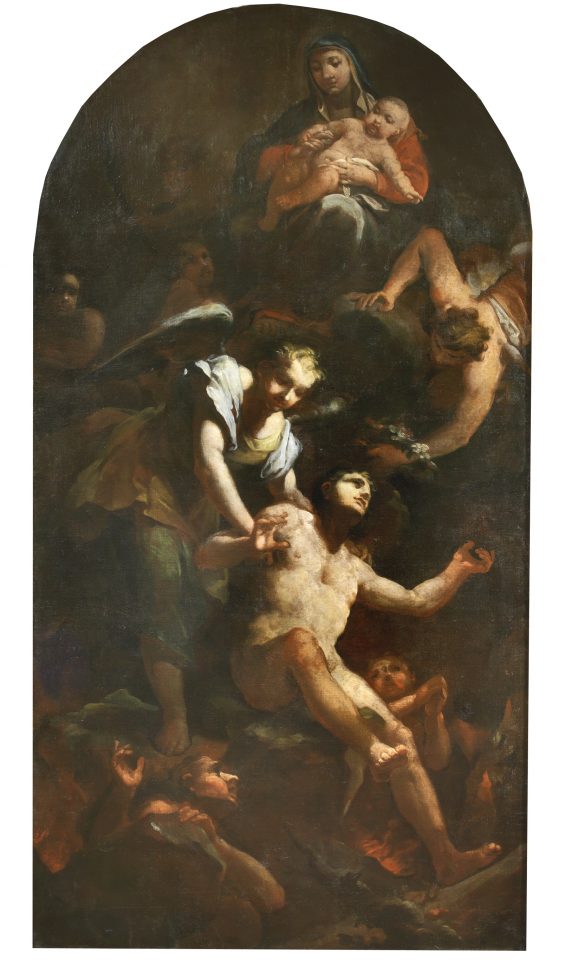