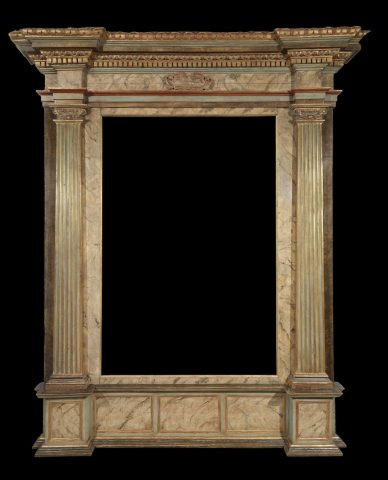 Rigorous aedicule with a classical tone, embellished with a serene polychromy, with a faux-marble effect. Characterized by heavily projecting frame, the trabeation is centered by a Baroque-style cartouche. Fluted semi-pillars resting on a base marked by rectangular specchiature.