Landscape with Pan and Syrinx 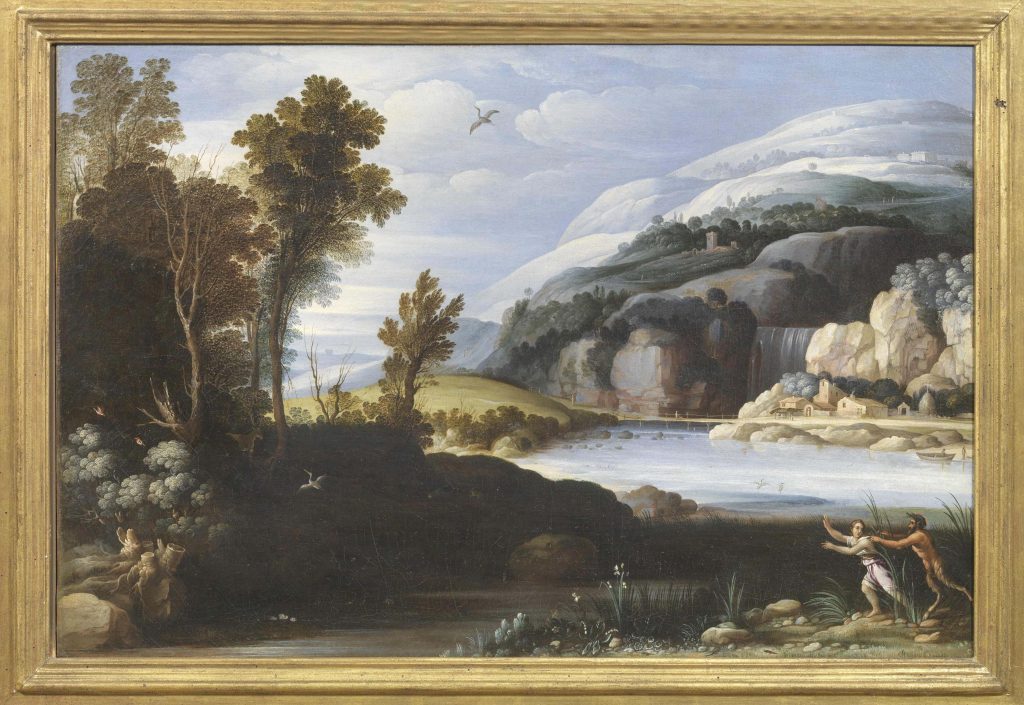 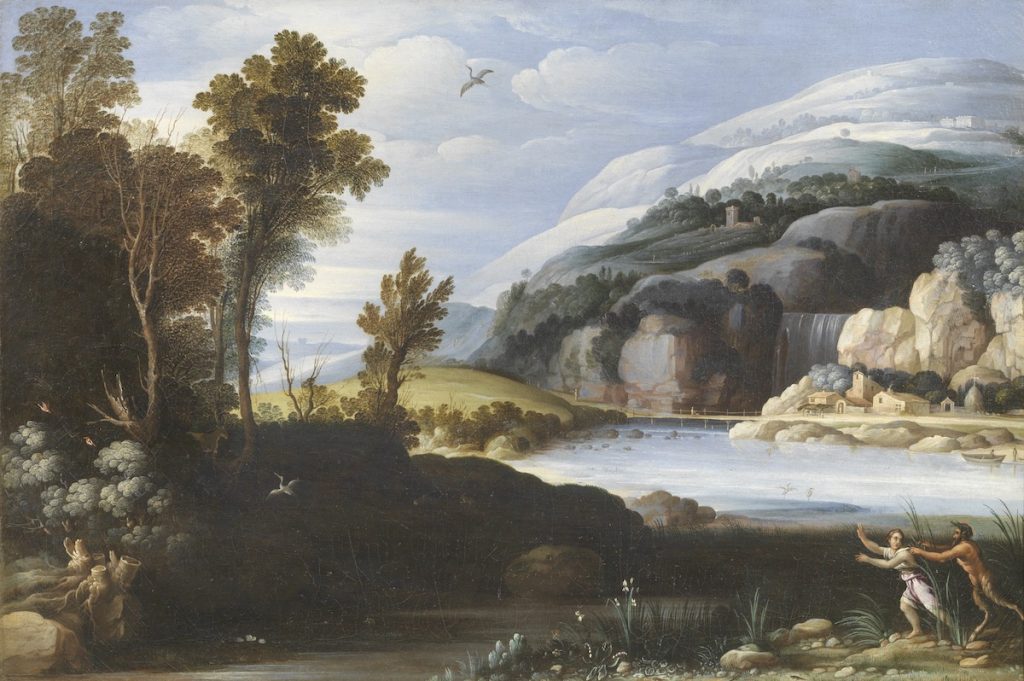 Landscape with Pan and Syrinx

Before a serene landscape, a placid valley crossed by a placid river, the god Pan pursues the nymph Syrinx. The attention of the observer is caught by the numerous and very painstakingly rendered details which add charm to the work: tiny birds in many different colours, a knight who is approaching along a faraway path, the villas and old castles visible from a distance. The light is filtered by clouds, casting patches of light on the hills beyond the shaded area in the foreground.

This lenticular vision, which is particularly appreciable thanks to the excellent state of conservation, combined with the characteristic cold palette dominated by blue hues, are typical elements of the author of the canvas, the Flemish Paul Bril. More specifically, as observed by Francesca Cappelletti who has written a description of the work, “the division of the painting in an area to the left, defined by the trees surrounding a shaded glade, and another to the right which opens to the river landscape and a succession of rounded hills that fade into the horizon, is typical of Paul Bril’s production from the Twenties of the Seventeenth century”.

The artist from Antwerp, whose presence in the Eternal City is documented by testimonials as of the late eight decade of the Sixteenth century, became the leading figure among landscape painters in Rome. He enjoyed great success in the city, to the point of becoming a Prince of the Academy of St. Luke in 1620.

It is to the year after this important recognition that both paintings, signed and dated by Bril and indicated by Cappelletti as comparison for the canvas presented here, are dated. It is a matter of the ‘Landscape with Cephalus and Procris’ at Palazzo Barberini and ‘Landscape with Ford’ in the collection of Denis Mahon. The scholar also observes that there are correspondences with the work on copper, with the same motif as the work presented here, which is found at the Louvre. This work, which can also be dated to 1620-1621, features the same two figures, Pan who pursues Syrinx, “represented in the same pose but mirror-wise with respect to this painting”.