Landscape with journey to Emmaus 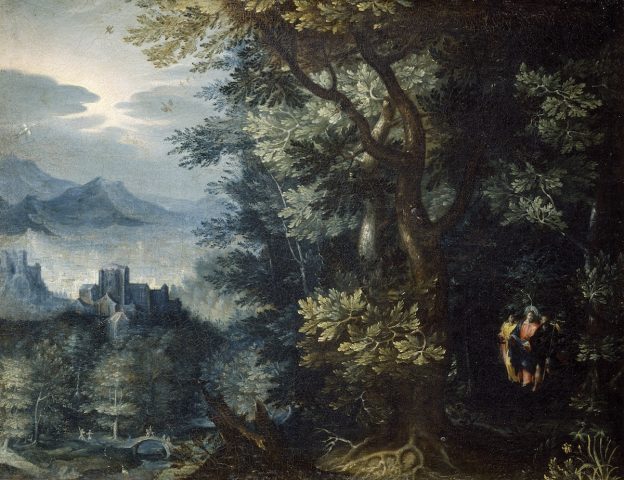 Landscape with journey to Emmaus

This extraordinary pair of paintings which we are presenting depict, almost concealed within vast landscapes covered by forest and with a scattering of towered villages and castles immersed in the morning mist, two motifs that are not apparently connected to one another. The first, a kind of Vanitas, features a pair of lovers who are hovering between love and death: a winged cupid is about to shoot a love arrow, but in the same instant a threatening skeleton appears, armed with bow and arrows. The second, on the contrary, seems to represent a motif from the gospel, the Journey to Emmaus, a theme not infrequently found in Flemish paintings from the late Fifteenth and early Sixteenth century. In fact, it is to this period, and to a follower of Gillis van Conixloo – together with Paul Bril, also born in Antwerp, the most important and influential landscape painter in the Flanders in the second half of the 16th century – that we may retrace these two paintings, which however feature clearly identifiable peculiarities and stylistic traits.