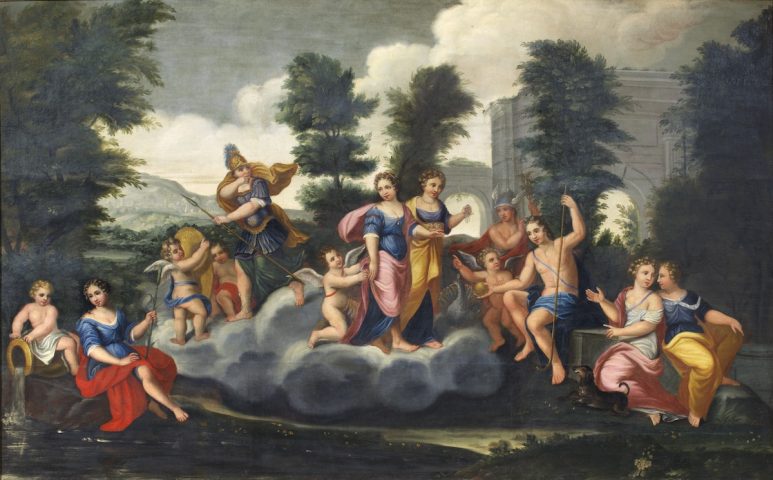 MASTER OF THE 18TH CENTURY

This large-sized painting depicts the episode of the Judgment of Paris, when the Trojan prince is assigned the task of choosing the most beautiful amongst the fair Olympus goddesses, oblivious of the troubles his decision will cause. With the guide of Zeus and Hermes, the willing judge, sitting on the right, is about to give the apple to Venus, the goddess of love. Sitting next to her is Juno, Zeus’ wife, here depicted with the peacock that often accompanies the goddess of marriage in paintings. Minerva, armed as usual, can be seen nearby. Despite its mythological theme and the supernatural presence of clouds, the scene seems to depict some idle ladies walking near a patrician villa. Infused with a pleasant naïveté, this artwork was probably made by a French artist, around the first half of the 18th century.

During that time, it was indeed common to see a scenery set in Arcadia, a pastoral idyll among the classical ruins in a domesticated nature.