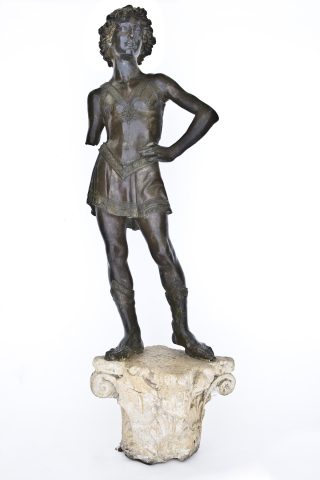 “Then when he returned to Florence [from Rome] with money, fame and honour, he received an order for a bronze David measuring two and a half fathoms, which when finished, was placed in the palace, on top of the stairs where the chain was positioned, with great praise of him” (G. Vasari).

This is, in Vasari’s concise account, the vicissitude of the creation by Andrea del Verrocchio (Florence 1434/7-Venice 1488) of the famous sculpture group of David with Goliath’s head, one of the icons of Fifteenth-century Florence. Commissioned by the Medici family, the work was purchased in 1476 by the Signory, which placed the bronze at the entrance of the Hall of Lilies, where it remained until the Seventeenth century. Moved to the Wardrobe of the Grand Duchy, the sculpture was then placed in the Uffizi and finally arrived at the Bargello before 1870. Goliath’s head has only been placed between the legs of the hero after this last move, after a period in which it had become disconnected from the sculpture; the two pieces were in fact exhibited separately for a long period; the head must originally have been placed on the side.

The bronze presented here, a fascinating example of assemblage by Twentieth-century antiquarians, consists of a reproduction which is slightly smaller than the original (126 cm) placed on a stone capital from the Fifteenth century. The absence of Goliath’s head suggests that the mould from which this bronze has been cast was taken before the sculpture arrived at the Bargello, and in other words in a period previous to 1870, when it would have been easier to execute the operation. This David, which is incomplete – the arm holding the sword is broken above the elbow – and has undergone some repairs, features a number of variants with respect to Verrocchio’s original, in particular on the edges of the waistcoat and on the lower border of the tunic, which instead of featuring the pseudo-kufic characters of the specimen at the Bargello, are decorated with simpler parallel engravings. This and other details demonstrate that one has wanted to reproduce Donatello’s work, probably in the central decades of the Nineteenth century, a period which saw the rediscovery and full appreciation of fifteenth-century sculpture, in order to create a sculpture that was to some extent autonomous, and could even be believed to be an antique variation by the same author.

The base of our sculpture is an original Fifteenth-century stone capital. Composite in style, the sculptural element features two shields in the form of horse heads on the sides: the first vaunts an open, walled castle with two towers with Ghibelline-style merlons, supporting an eagle with wings spread in flight. The second has a Tau with swallowtail extremities. Horse-head shaped shields appeared in the Fifteenth century with Donatello and enjoyed a moment of some success in Tuscany during the 15th century. 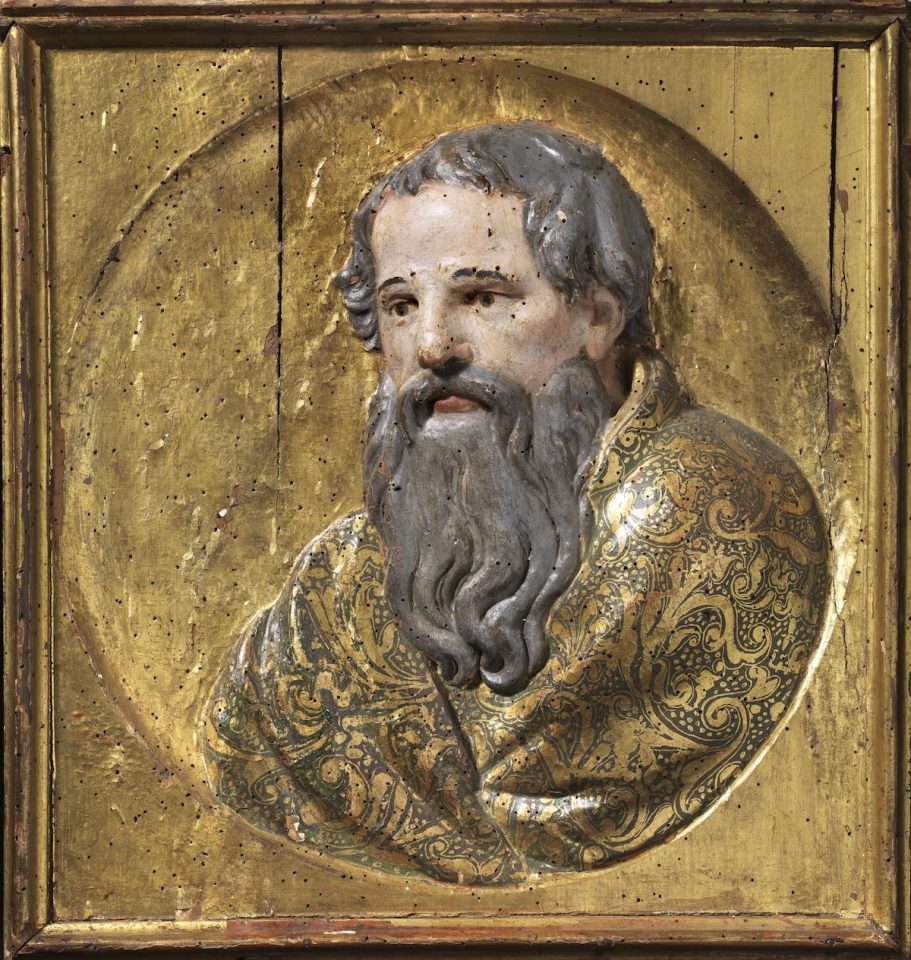 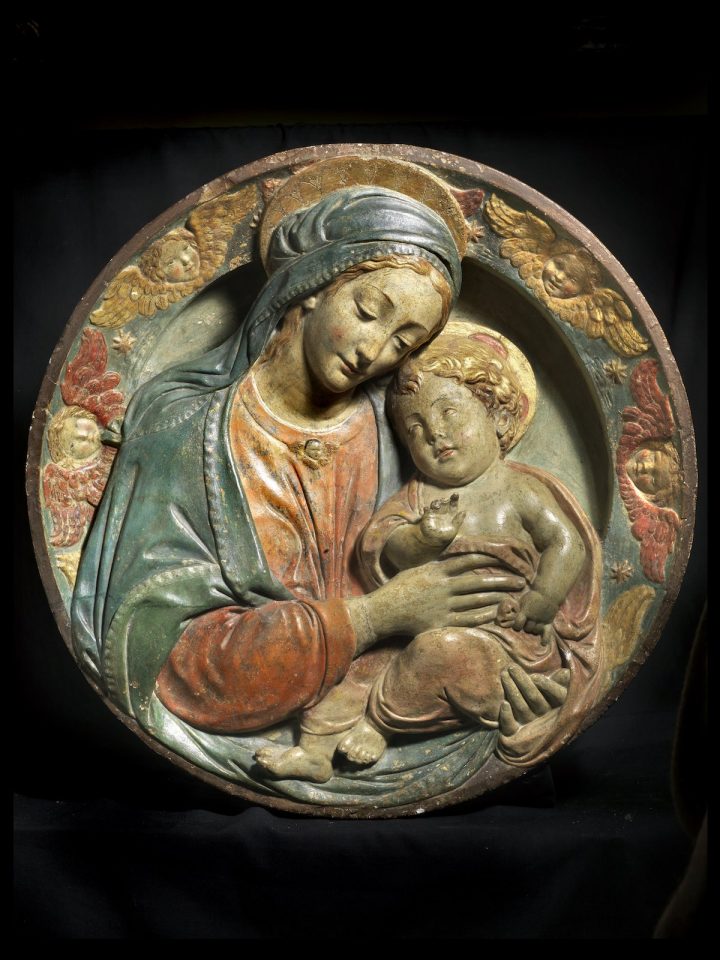 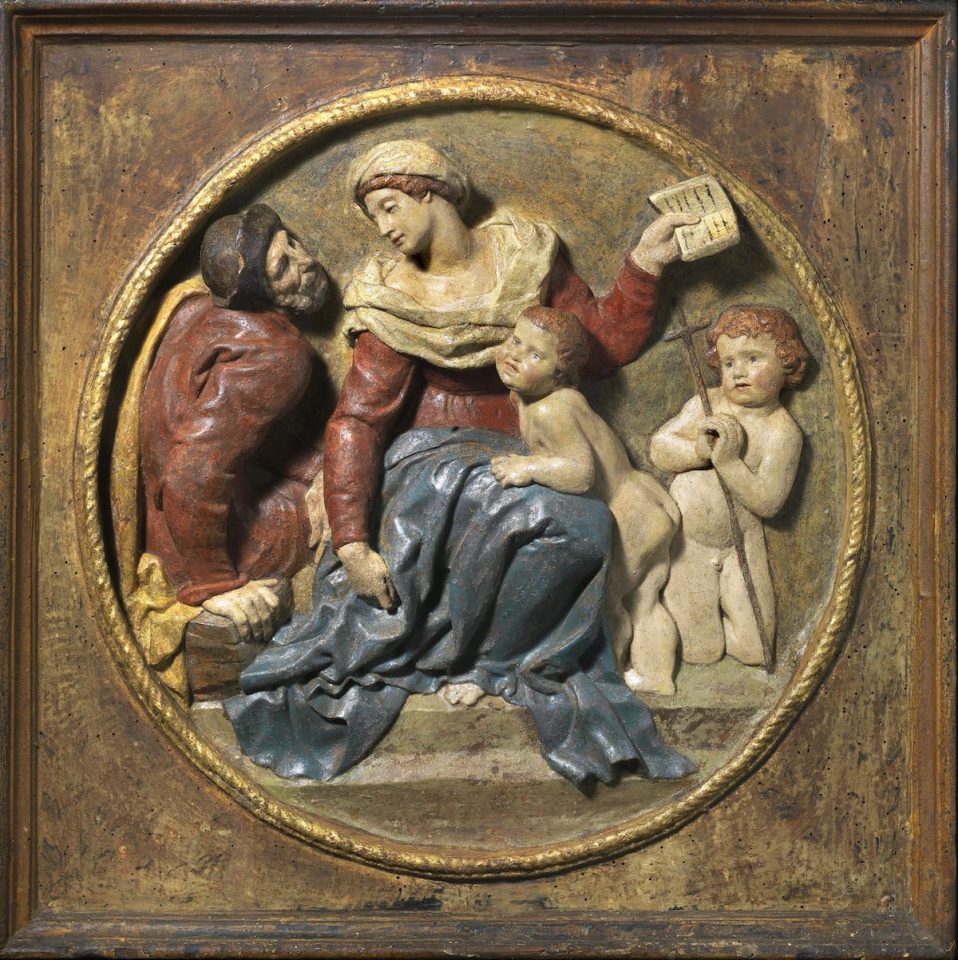