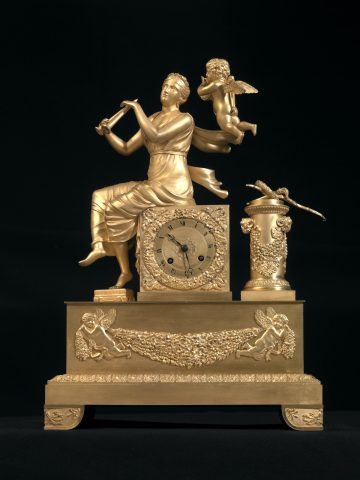 This pendulum clock is datable to the Empire period, when the rigorously geometric lower structure, formed by a box placed on a larger base – sometimes centrally as in this case, sometimes to one side – was embellished by various fantastic figurations, usually inspired by the inexhaustible mythological repertory. This piece features a young laurel-crowned woman, probably a vestal virgin, who is about to play a diaulos, while Amore is arriving from above, cithara in hand. To the right side an arch, a laurel crown and a torch are placed on a half-column altar adorned by goat’s heads from which festoons are hung; the latter motif is also repeated on the base, supported by two cupids in flight.

The dial carries the inscription “Horiot a Paris”. 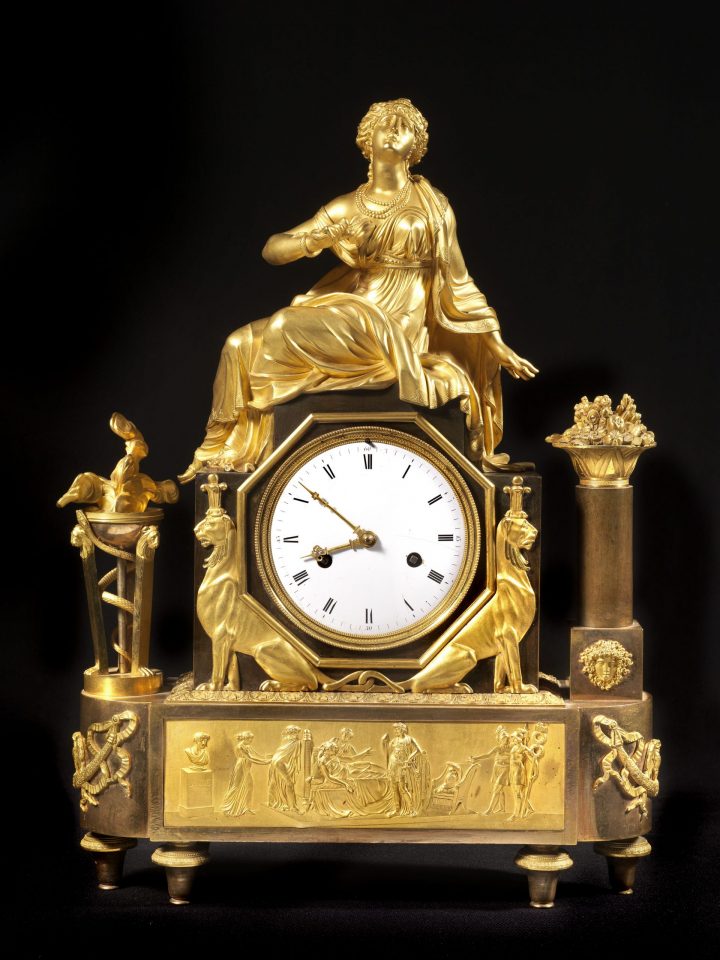