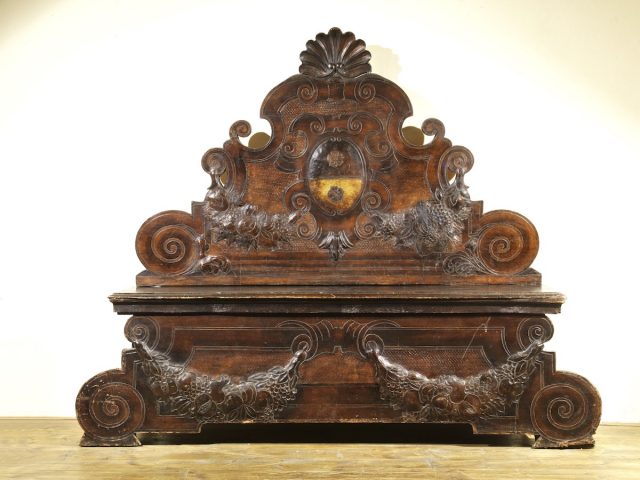 This rare pair of Venetian linen chests, with an unusual carved stamped leather lining and partially painted, has contoured backrests and decorations in relief, such as heraldic shields and festoons. In the 16th century, the Serenissima Republic of Venice became one of the most important Italian cities for the production and manufacture of finished and painted leather items.

The gentilitial coats of arms in relief that decorate the backrests belong to two of the most illustrious families of the city: the Mocenigos – a section of light blue and silver, two roses with five petals, one over the other, both with golden botonny – among the most distinguished dynasties in Venice,  and the Marcellos – with a blue coat of arms, crossed by a golden band – who had a significant role in Venetian politics starting from the 14th century, counting many renowned figures, like the Doge Niccolò (1397-1474).

The two families were joined through marriage in at least one occasion, when Loredana Marcello became the wife Dogaressa of Luigi Mocenigo, Doge in 1570.

Venice, first half of the 18th century 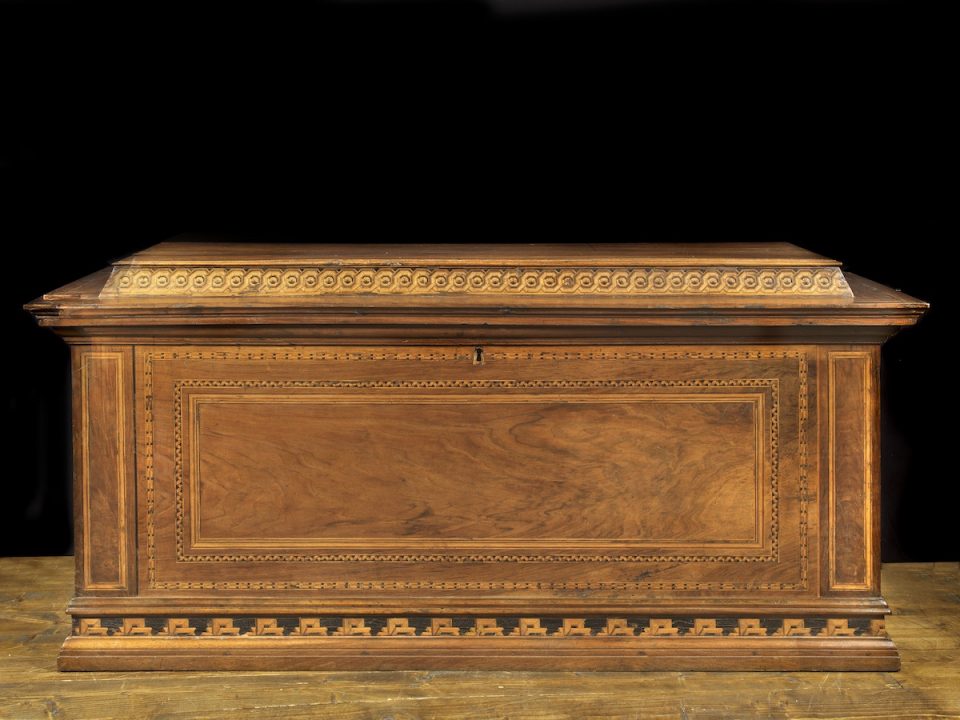 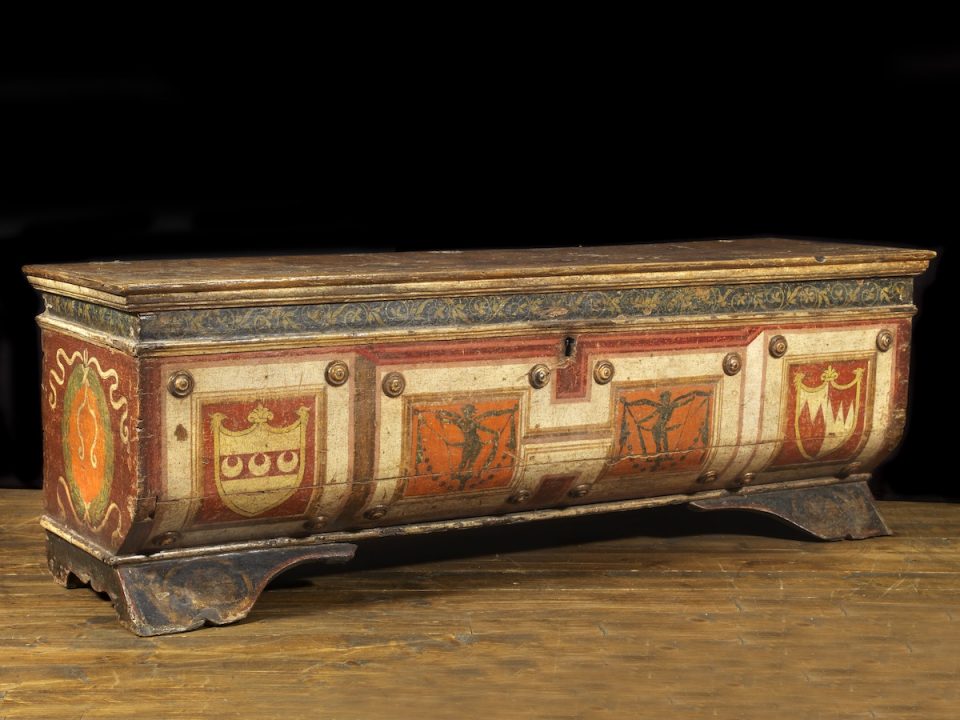 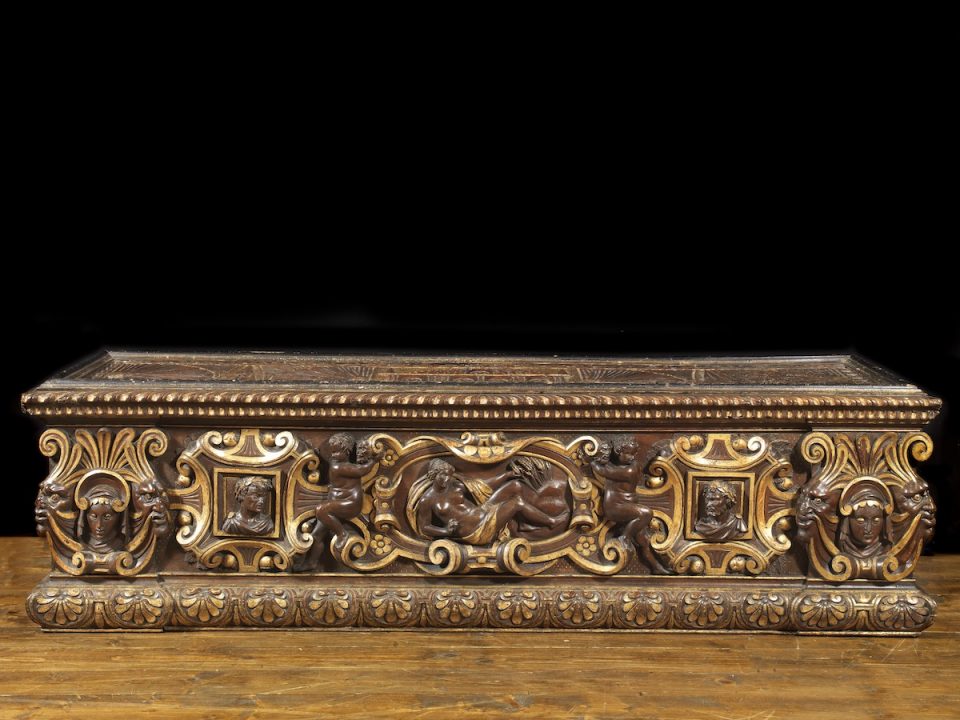 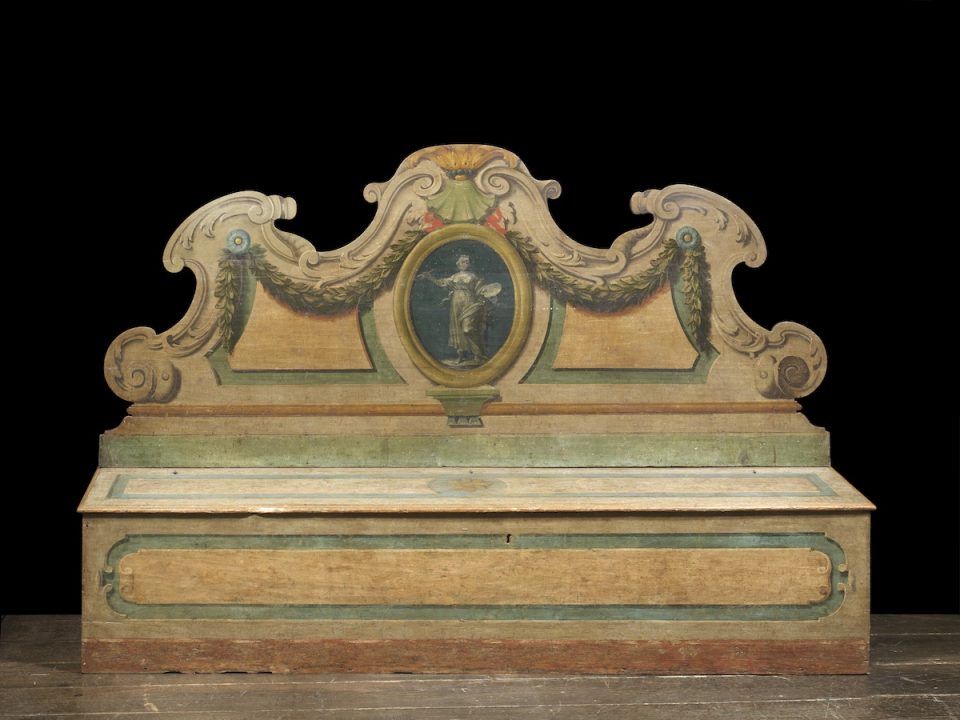