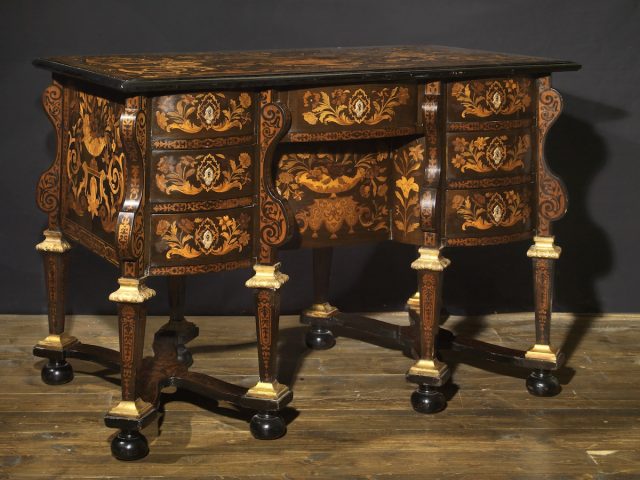 This type of desk is named after Louis XIV’s prime minister, the powerful Cardinal Jules Mazarin, who succeeded Richelieu in this office on the latter’s death in 1642.

In fact, this type of furniture item saw the light of day in France in the Seventeenth century, and was later to become popular also in the rest of Europe, without undergoing any alterations in terms of design. The secretary, which in this case is entirely inlaid with different wood species used to compose geometric design, features a sculpted front divided in three parts with convex lateral sections. In the centre, below the top, there is a drawer and a withdrawn compartment closed by a door. The eight tapering conical legs are united in two groups of four by pinnacle-centred crosspieces. Flattened bulbous feet.