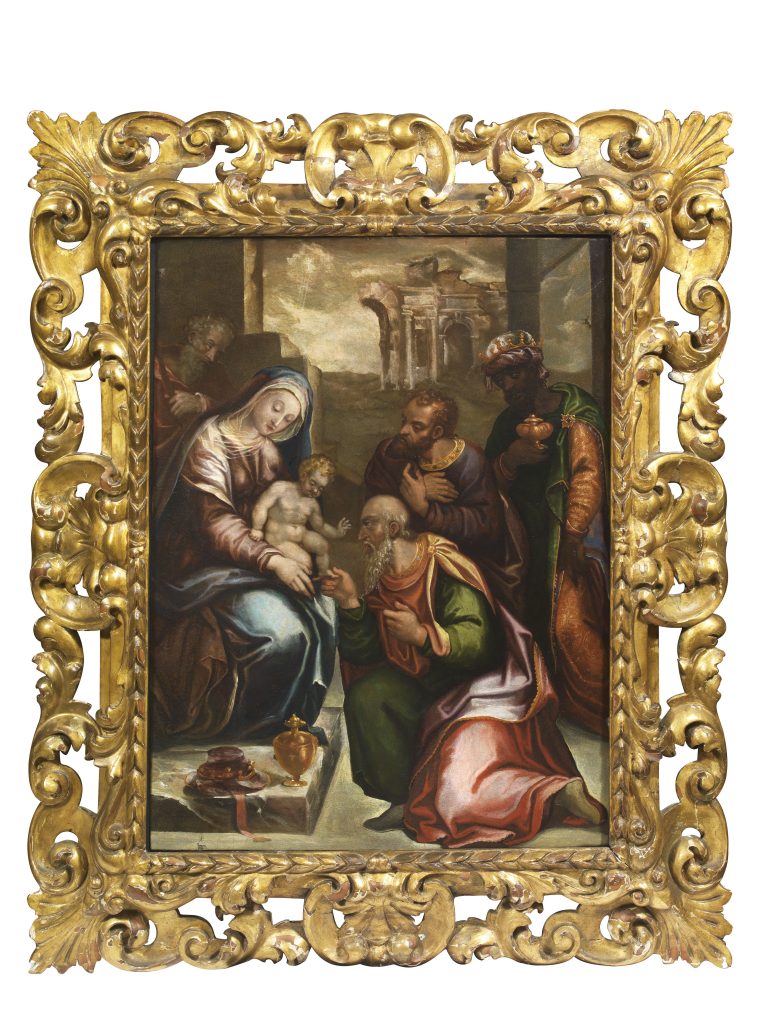 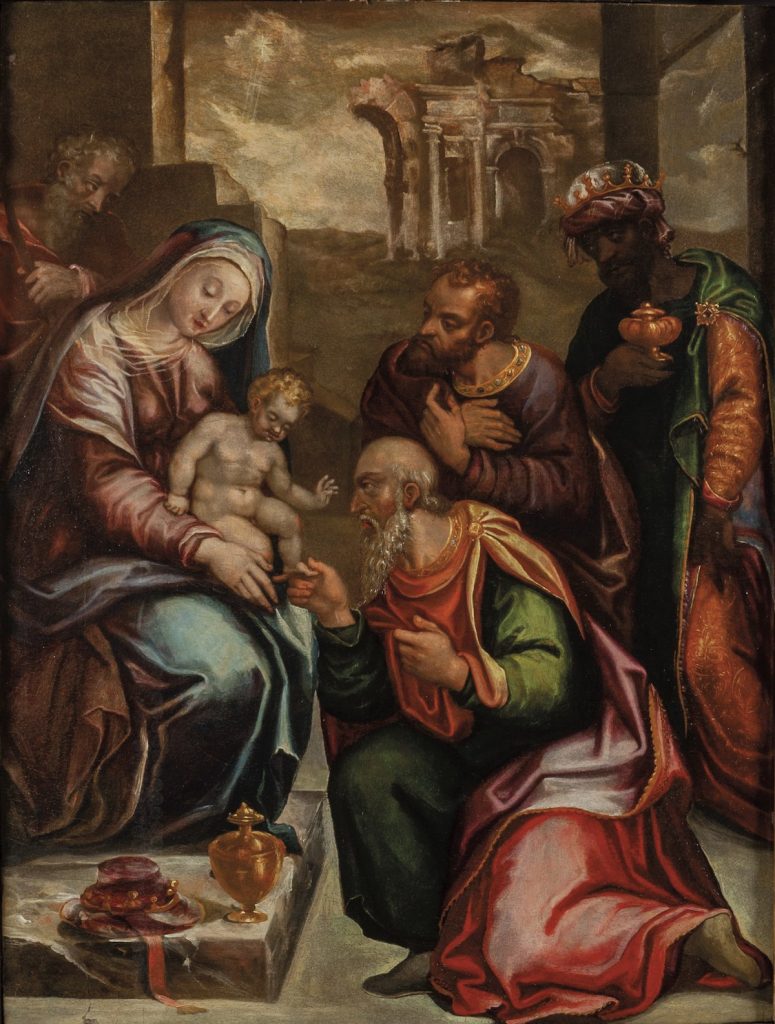 The panel depicts the Adoration of the Magi, where the Virgin Mary is very elegantly dressed, enveloped as she is in her iridescent robe, with her head covered by transparent veils of white silk. The naked baby Jesus is sitting on her lap, while St Joseph is looking out from the back, observing the scene. In front of the holy group is the majestic figure of Melchior, the eldest of the Magi, who is touching Christ’s little foot, while further back, Balthazar and Gaspar, both richly dressed, bow before the Child.

This is a panel from the long and productive painting tradition known as Venetian-Cretan, as practiced by Greek painters who went to work in Venice between the 15th and 16th centuries and who hybridised their language based on ancient icons with Renaissance and Mannerist painting styles. In this panel, in fact, the high key colours, the style of folded drapery and the way the figures are painted are precise examples of the Near Eastern painting tradition, while the very rich fabrics and the oversized figures reflect the Mannerist culture of Veronese and Tintoretto, the most popular one in the lagoon at the end of the 16th century.