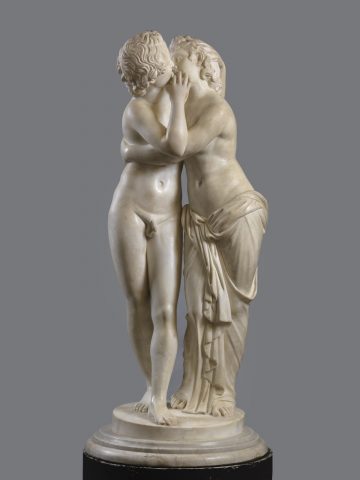 The sculptural group presented here accurately reproduces a famous original from the Hellenistic era, of the 2nd century B.C., of which there are numerous copied from the Roman Age.

Among them, the best-known copy is the one preserved in the Musei Capitolini, probably dated back to the Adrian and Antonine period, found in 1749 on the Aventino hill, in Rome, and later exhibited in the current museum, with the exception of the Napoleonic pillages.

The subject is taken from Lucius Apuleius’ “The Golden Ass” (IV, 28 – VI, 24), which tells the passionate story of the god of love, Eros, who falls madly in love with the beautiful Psyche, much to the dismay of his very jealous mother, Venus. This tale has inspired a number of splendid artistic creations ever since the Renaissance. 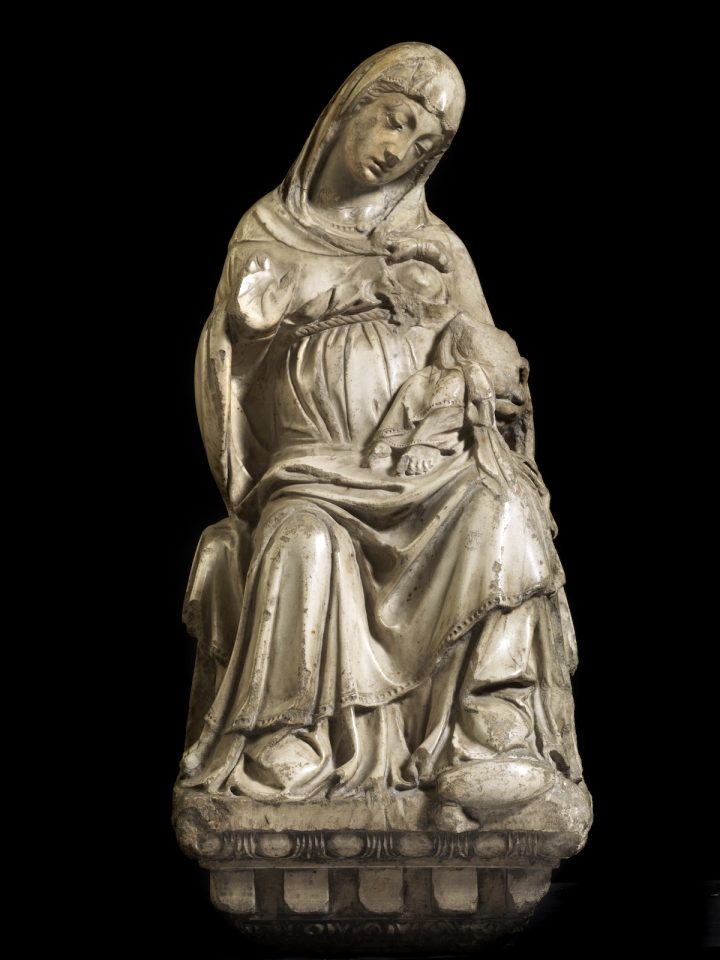 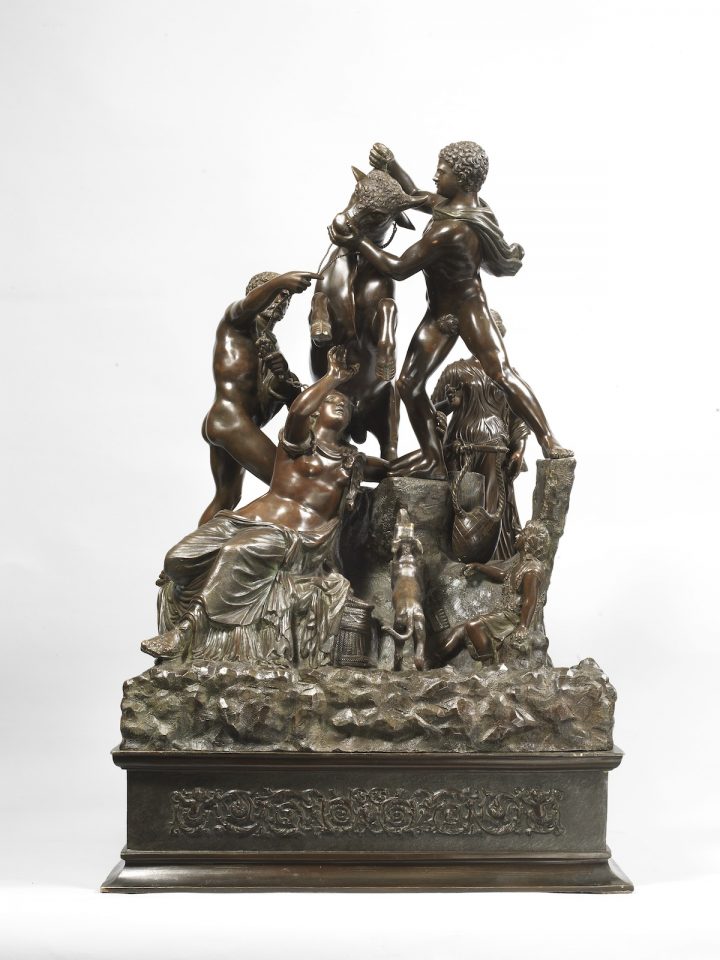 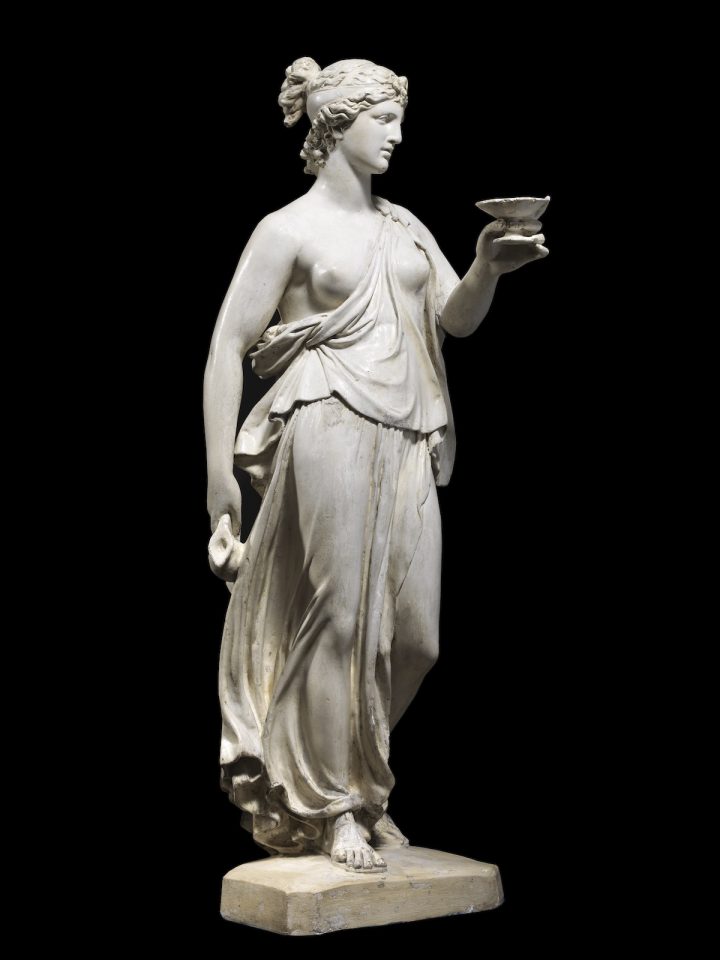