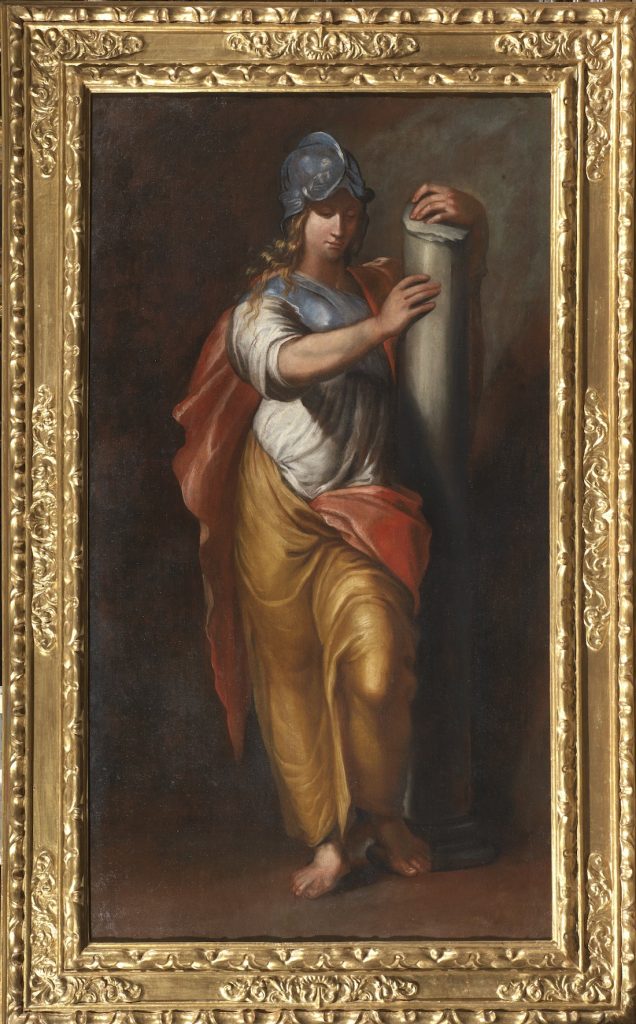 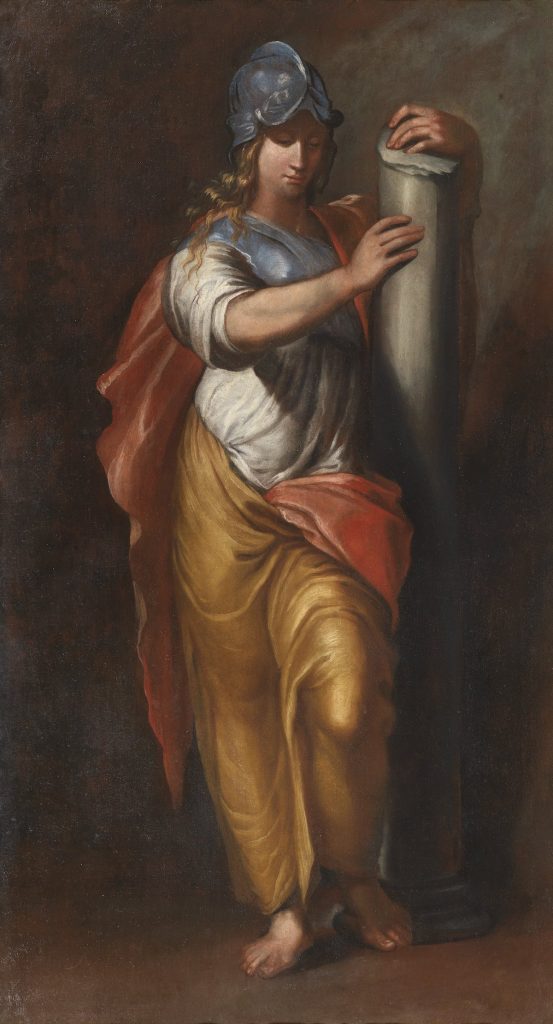 EMILIAN PAINTER FROM THE 17TH CENTURY

Surrounded by their opulent original frames, the two canvases feature two allegories which, along with Temperance and Justice, represent the cardinal virtues. Fortitude is recognizable from the bellicose appearance of the girl, shown in full figure, who holds the column, one of the recurrent symbols used to represent virtue along with the lion, while the woman standing with serpents clinging to her arm symbolizes Prudence. The latter has on other occasions been represented two-faced, sometimes holding a mirror and sometimes combining both symbols.

These images are datable to the first half of the 17th century, in the period preceding the assertion of Baroque during the central decades of the century. It is above all the figure of Fortitude who, with her accentuated contrapposto, seems to keep the memory of the elegances of late mannerism alive, while the dark background from which they emerge indicate that the works were painted during the early decades of the Seventeenth century, in an artistic scenario which was already profoundly altered by the passing of the Caravaggesque meteorite. The sober classicism and elegance of the images is, on the contrary, a sign that the canvases were most likely painted in an Emilian context, probably before the assertion of the models of Reni.